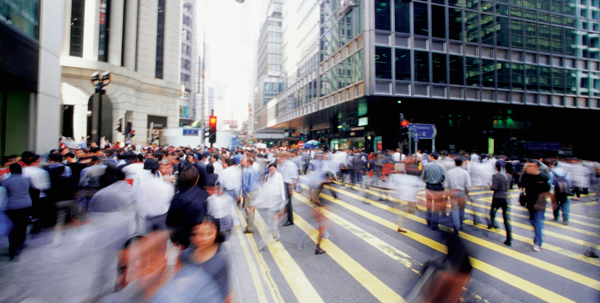 Hong Kong developers are betting the next wave of retail growth will be in Chengdu, a city of 11 million residents living and working in the biggest manufacturing hub in western China. The city is also one of the nation's biggest technology and logistics centers.

Forty-year-old Swire Properties Ltd. will open a 6.4 billion Yuan ($1 billion) retail and office project in downtown Chengdu in early 2014.  Swire Properties is also seeking projects in other western Chinese cities including Chongqing and Xian, according to recent company announcements.

Swire's project in the Chunxi Road area is built around the Daci Temple, a historical monument near two subway lines under construction. The Swire project will include about 1.2 million square feet (111,484 square meters) of mostly street-level shopping space.

Across the road, Wharf Holdings Ltd., which operates Hong Kong's Times Square and Harbour City shopping malls, is scheduled to complete the Chengdu IFC, a high-end residential and commercial complex of 4.7 million square feet in mid-2013, according to company announcements.

The new interest in western China sites comes 12 years after Beijing promoted a   "Go West" policy for developers and residents. The policy had hoped western China would eventually match wealthier coastal areas like Shanghai, about 2,000 kilometers (1,243 miles) to the east, and Guangdong province in the south.

Analysts point out the developers are betting on the western region even after the national government imposed property curbs that has contributed to the slowest economic growth in China in almost three years.

An  80 percent surge in housing prices since the start of 2009 triggered sharp  government curbs on new development  to damp price increases. That is why Hong Kong builders now search for new markets away from their home base.

Hong Kong is the world's most expensive place to buy a home and to rent an office, according to London-based Savills Plc and Los Angeles-based CBRE.

The central government's investment in Chengdu's projects accelerated after the 2008 earthquake killed almost 87,000 people in Sichuan province. More than 4,000 died in the area around Chengdu, the provincial capital, about 80 kilometers from the quake's epicenter.

Western China has remained largely undeveloped. The central government now has made reviving Chengdu a priority.

According to the most recent economic data from Beijing, Chengdu's economy grew 15.2 percent in 2011, compared with the 11.9 percent average among cities run independently from provincial governments. Those cities include Guangzhou and Shenzhen in the south and Dalian in the north.

According to Wikipedia, Chengdu was at the center of ancient Chinese civilization even in the Shang dynasty, more than 3,000 years ago.