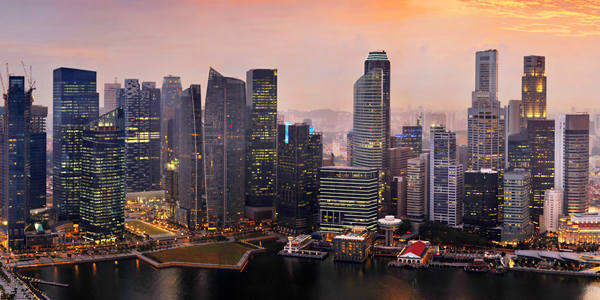 Singapore, that mystical island country-city combination off the southern tip of the Malay Peninsula in southeast asia, once again is winning headlines. This time as the preferred permanent residence location by the world's rich and famous whose business and social lives are made up mostly of travel to and from countries other than Singapore.

They are now being called the new mobile millionaires.

RBC Wealth Management, part of Toronto-based Royal Bank of Canada, and EIU, a London-based unit of The Economist Group, surveyed 558 individuals who have at least $1 million of investable assets through June to October.

Qualify of life in Singapore is what convinced the wealthy. They believe Singapore is a far safer haven to raise a family than the often air-polluted environs of Hong Kong.

For example, Eduardo Saverin, co-founder of Facebook Inc., moved to Singapore in 2009. Jim Rogers, chairman of Rogers Holdings, relocated there in 2007. Rogers is the co-founder of the Quantum Fund with billionaire George Soros and creator of the Rogers International Commodities Index (RICI

The rich and famous also cited the country's political stability as important. Infrastructure and educational opportunity were also rated high.

The mobile millionaires also see Singapore as a safe haven to park a good chunk of their wealth while deciding where to invest it at a later date.  Zurich bankers won't like to hear that.

But so far as a site in which to conduct business, Hong Kong topped Singapore, according to an index published in March by Bloomberg Rankings. Hong Kong is the gateway to China - and many of world's top corporations understand that. For years, they have been eager to win a slice of the Beijing business pie

A Boston Consulting Group report published May 31 showed Singapore posted a 14 percent increase in millionaire households to 188,000 last year, when the Asia-Pacific region countered a decline in wealth in Western Europe and the U.S.

The proportion of millionaire homes in Singapore was 17 percent, the highest in the world, followed by Qatar and Kuwait. Singapore has an estimated permanent population of 5.1 million; two million are estimated to be foreigners.

About 23 percent of the internationally mobile wealthy in Singapore prefer real estate investment as their top asset, compared with 7 percent in North America.

It helps to be a mobile millionaire to live comfortably in Singapore these days.

For example, the cost of a permit to own a small car for 10 years rose to an unprecedented S$78,523 ($64,300) on Dec. 5 from S$46,889 at the start of the year. That excludes the cost of buying a car. The government auctions limited vehicle permits to control congestion and pollution.

The island's home prices climbed to a record in the third quarter, prompting the government to restrict home loans and cap property development.

Price gains in Singapore have reached 4 percent or more every month bar one since November 2010, more than double the 1.9 percent average in the past two decades.

Inflation is forecast by the Bank of Singapore to average more than 4.5 percent this year.