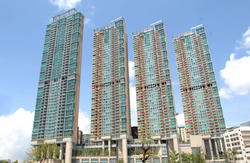 Sun Hung Kai Properties Ltd., the largest property developer in Hong Kong by market value, plans to place 3,500 unfurnished high-end apartments on the market this year at a total price of US $4.1 billion (HK $32 billion).  That comes to about $1.17 million US per apartment.

The developer is making his move after China recently eased credit controls on borrowing costs, high down payment requirements and additional transaction taxes in Hong Kong. 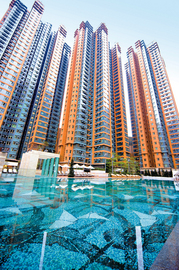 Apartment prices had been slipping at a rate of 5 percent since June 2011.  The sharp improvement in sales was noted in February of this year with a 7 percent increase in existing home transactions.  A drop in mortgage rates has triggered the sales rebound.

According to Sun Hung Kai, its home sales profit rose to HK $7.68 billion in the past six months.  The developer foresaw the change coming in buyer demand in 2011 and added about 4.9 million square feet of developable land to its Hong Kong portfolio. The company's total reserve is 46.7 million square feet. 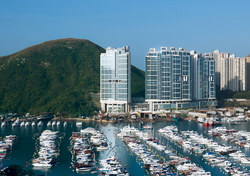 For example, a three-bedroom, unfurnished apartment in Hong Kong near the embassies, schools, hospitals and main attractions today rents for $11,813 US, per month, according to AllHongKongProperty.com. That is a 15 percent increase from 12 months ago.

The rate is one of the highest in the Asia-Pacific sphere.  After Hong Kong, the highest apartment rents are found in Tokyo, Moscow, New York City and London, according to various industry sources.

Most of the buyers for the Sun Hung Kai properties are expected to be global corporations purchasing the homes for their executives and employees based in Hong Kong.


In an unrelated Hong Kong real estate topic, street buzz speculates Hong Kong tycoon Li Ka-shing plans an initial public offering this year of some of its Asian assets in Singapore. The IPO would be offered through Singapore real estate fund manager ARA Asset Management Ltd.  ARA is an affiliate of Li's Cheung Kong (Holdings) Ltd.  Li has long been accepted as one of the richest individuals in Asia.

According to Hong Kong finance insiders, the planned Yuan-denominated IPO comes as Singapore positions itself as an alternative destination to Hong Kong in the offshore Yuan market.

If the offering is announced, it will be only the second IPO denominated in the Chinese currency outside mainland China.