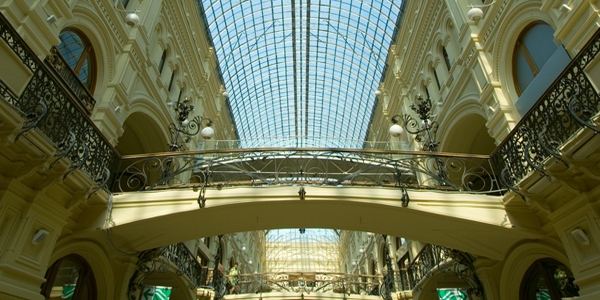 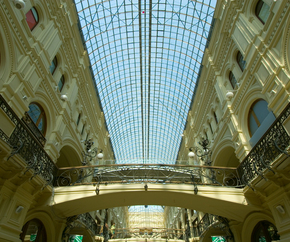 Cushman & Wakefield is bullish on Russia.

The world's largest privately-held commercial real estate services firm based in New York City, predicts Russia will become the largest consumer market in Europe by the end of 2013  "If retail turnover will keep at current levels of 5% annual growth."

Maxim Karbasnikoff, Head of Retail Services, Cushman & Wakefield, made that forecast at the recent three-day 2012 MAPIC conference in Cannes, France.  MAPIC is an international retail real estate show held each year in November.

"Despite the turbulent economic situation, Russia shows positive GDP growth and consumer spending, which results in positive retail turnover," says Karbasnikoff. "Russia is a big country and each city has its own retail development path.

"What we see now is the growing importance of cities which previously had never been on the developers' radar."

Also unveiled at MAPIC was Cushman & Wakefield's  "Retail Space Across Russia," a report exploring retail real estate of the 30 largest cities of Russia. The report calls the retail sector "one of the key drivers of the Russian economy"

According to GFK Geomarketing, Russia currently is the largest market in Europe with the third largest retail turnover in EMEA (Europe, the Middle East and Africa) after France and Germany.

The Cushman & Wakefield report states the average supply per 1000 inhabitants in Russia totals 95 square meters, well below the European average of 247 square meters.

International and domestic retailers present in Russia seek new regions with demand for quality space rather than location, according to the report. Further expansion is limited by a shortage of quality retail stock. New quality shopping centers  typically open in new cities and regions  where retailers are eager to expand.

The report states that in contrast to Moscow, which contains 13 high streets and 107 quality shopping centers and where the retail stock for 1000 inhabitants equals 303 square meters, Cushman & Wakefield estimates the future potential of Krasnodar will be moderate, due to oversupply of quality stock and few reasons for active growth of consumer demand.

According to the report, Irkutsk and Tula have large retail pipelines, while there is potential demand for quality retail space in Kemerovo and Novosibirsk subject to stable consumer activity. Khabarovsk and Vladivostok have made their first steps to the quality retail market.

The smallest new openings were recorded in Kazan and Chelyabinsk. The Chelyabinsk market was actively developed in 2011 with three shopping centers totaling 150,500 square meters  of GLA opening within a year. The market was later largely saturated and there are currently no new projects announced.

"We see that cities where the retail property market was booming for the last two years has reached a saturation point and new development has slowed down,"  comments Lada Belaychuk, Deputy Head of Research at Cushman & Wakefield  "The next few years retail growth will move to cities of Sibiria and the East of Russia"

Belaychuk noted he Russian retail property market  is still emerging but gradually moving into a developed market. This is supported by new formats, including outlets and retail parks which are being introduced and launched not only in Moscow, but also in other cities.

For example, the development of retail parks has been announced in the Moscow region, Chelyabinsk, Yekaterinburg, Perm and Tyumen.