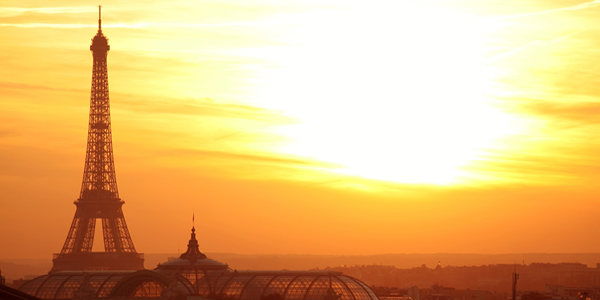 After being excluded for years as regular buyers of European commercial real estate, U.S. investors now are flocking to Europe's often financially hobbled property arena, especially in the United Kingdom, Germany and France.

New York City-based Real Capital Analytics reports the comeback by U.S. investors was especially noted in the first half of this year.

Dan Fasulo, Real Capital Analytics managing director, notes Americans are re-entering the European markets because "the local players are struggling (with finances) or are (just) scared" to invest.

The amount of money invested in commercial real estate globally inched up in the second quarter from the prior three months to $157 billion, with apartment building sales accounting for much of that.

But first-half investment was 23 percent lower than a year ago, reflecting a global slowdown in commercial real estate investment, according the Real Capital Analyst report.

In the U.S., meanwhile, investment capital continued to come in from the Mideast Gulf nations, Japan, Korea, The Netherlands, China and Israel.

In the first half of the year, global commercial real estate sales fell 23 percent to $306.3 billion. That is about$100 billion lower than either the first or second halves of 2011, the report said.

Within the major categories of commercial real estate, only apartments posted an increase in total sales in the first half of 2012, rising 22 percent from the fist half of 2011.

RCA noted that of the top five destinations of investment by markets and property type in the first half of the year, four were office markets where investment fell from a year ago.

The London-metro office market was the top target investment market with $9.51 billion invested in the first half of the year, down 5 percent from a year earlier.

But at No. 5, the New York metro apartment market in the first half of the year captured $4.29 billion in investment, up 75 percent.

The report found that low initial yields on top-quality buildings pushed some investors to less-than-trophy type buildings, out of major cities or to other types of real estate. Investing in shopping centers or malls staged a comeback, especially in Tokyo and Paris.

The number of secondary U.S. markets, such as the apartment markets in Dallas and Phoenix, the Denver and Seattle office markets or the Chicago retail market made the top 50 target markets. But property types in Moscow, Rome, or Warsaw did not.