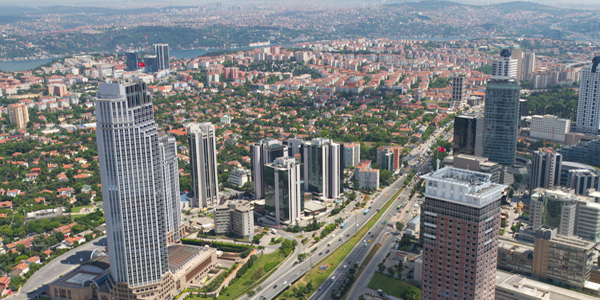 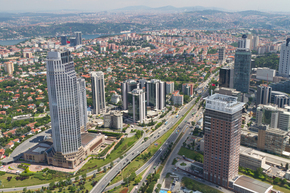 This wasn't supposed to happen during a world-wide recession.

But the speculated multi-billion-dollar deal has already closed. The players are Istanbul-based Dogus Group and New York City-headquartered IMG Worldwide.

Dogus, one of Turkey's largest private-sector conglomerates with a portfolio of 126 companies and 30,000 employees in finance, media, tourism, automotive, real estate, energy and construction assets, and IMG Worldwide, the global sports, fashion and entertainment company, jointly announced they have signed an agreement to form a 50/50 joint venture company in Turkey.

The JV has been agreed to and signed by Ferit Sahenk, Chairman of Dogus, and one of the country's most successful businessmen, and Mike Dolan, Chairman and Chief Executive Officer of IMG.

The JV's mission will be to create and develop a broad range of sports, fashion and entertainment projects in Turkey and the Turkic Republics, including Azerbaijan, Kazakhstan, Turkmenistan and Uzbekistan.

No estimated date for the beginning any of the projects was disclosed. Neither was a projected development cost for the various undertakings.

The JV has its eye on the 2020 Olympic Games and the 2020 European Football Championships. Turkey is bidding to be the host country for both global events.

Dogus Group already  is a major supporter of sports in Turkey through its sponsorship of Turkish national soccer and basketball teams.  Sahenk is a member of the Fenerbahce Football Club.

International property analysts say they cannot recall a comparable proposal in the history of Turkey or its immediate neighbors.

Besides the broad scope of the envisioned  properties themselves, the plans are considered unusual in that they aim to establish a fully equipped sports school with a professional team, in order to raise world class athletes in Turkey and surrounding areas.

"Young athletes coming from all over Turkey will be trained and raised as world-class athletes," Sahenk told a recent press conference in Istanbul. . "The athletes will be able to compete and successfully represent Turkey in the global arena. The athletic training will be accompanied with foreign language and academic education."

The partners' proposed agenda is huge.

Initial plans for the JV include, but are not limited to:

"We believe that we have a number of outstanding opportunities ahead of us here in Turkey. We have a vision -- to bring together IMG's global reach and proven expertise in high profile sporting events, stadia management, fashion events and media rights, with the impressive reach of one of Turkey's most successful conglomerates, Dogus Group."

The joint venture is part of the continuing transformation of IMG. The company represents leading names from the global fashion, sports and entertainment industries.

Sport is extremely important in Turkey. Several sports have mainstream popularity. The most popular sport in the country is European football (soccer).

In 2002, the Turkish National Team finished third in the FIFA World Cup and in 2008 the national team reached the semi-finals of the UEFA Euro competition.

Other popular mainstream sports are basketball, volleyball, motor sports, wrestling, swimming and weightlifting. Additionally,  golf, handball and tennis have arrived on the Turkish sporting scene and are attracting large numbers players and fans.