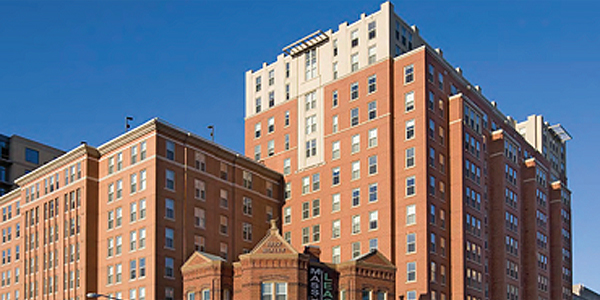 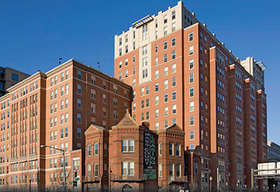 M&T Realty Capital Corp., a wholly-owned subsidiary of 156-year-old Buffalo, NY-based M&T Bank (NYSE: MTB), has loaned New York City-based TIAA-CREF $92.6 million to buy the 371-unit MassCourt East End luxury apartments in the Mount Vernon Triangle neighborhood of Washington, DC.  Terms of the financing were not disclosed in a news release from the Washington office of HFF which arranged the deal.

"This is a great case study on the type of financing that can be achieved through the right process, with strong sponsorship and high-quality assets," says HFF senior managing director Kevin MacKenzie. Managing director Cary Abod worked with MacKenzie on the deal.


Biggest European Housing Sale Deal on the Table in Germany

Germany's Finance Ministry has told the media no deal has been made yet but it is in talks with Germany's third- largest publicly traded residential landlord and a U.S.-based, world-wide vulture fund to sell off a total 12,300 residential and commercial properties for a potential gross price of $1.95 billion. The properties are all in eastern Germany.

When the deal is done, TAG will pay about $653 million for 12,000 apartments. Lone Star will acquire 300 commercial properties owned by the German government for about $1.3 billion.

The closing would mark the biggest deal of its kind in Germany over the last decade, according to persons in a position to know. The deal would surpass the $1.4 billion sale earlier this year involving buyer Patrizia Immobillien and seller LBBW, a public sector bank.

Manufaktura, a 1.35 million-square-foot shopping center with 35 restaurants and 3,000 parking spaces in Lodz, Poland, has been sold for $504 million (390 million euros). The buyer was Union Investment Real Estate GmbH, Germany's second largest property fund manager based in Frankfurt/Main. The seller, Apsys Group of Lodz, said in a prepared statement it was selling its one-third stake in the mall.

The two other mall owners, Fonciere Euris (EURS) and Ralllye (RAL) SA, both of Paris, are expected to receive about 60 million euros ($77.82 million US) each after the deal closes. One euro equals $1.30 US.  The mall owners are selling their stakes in the mall to reduce company debt, according to the statement.

One of Canada's biggest REITs and a major U.S. retail developer are joint venturing to purchase a 50-50 stake in two Montreal outlet centers, they announced in a prepared statement.

The purchase price includes the assumption of 18.8 million in two unpaid mortgage loans at Les Factoreries. The loans carry an interest rate of 5.7% and mature in 2015 and 2020. Bromont Outlet Mall is being acquired free and clear of financing. 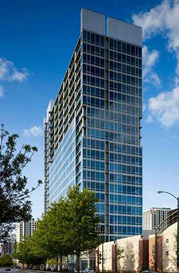 The buyers are Marquette Companies of Naperville, IL; Hunt Development Group (NYSE: HDG) of El Paso, TX; and American Realty Advisors of Glendale, CA.  The name of the institutional seller was not disclosed in a news release from HFF. 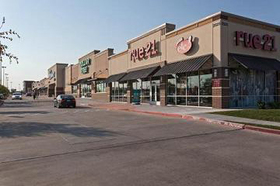 Inland Diversified Real Estate Trust Inc. of Oak Brook, IL has acquired Wheatland Town Center, a newly built, 206,223-square-foot shopping center with a strong mix of national retailers in Dallas, TX for about $39.3 million, the company said in a news release. Not acquired in the purchase deal was a shadow-anchored Target store.

"This property is located in one of the strongest retail markets in the country," said Inland president and CEO Barry Lazarus.  "We like (to buy) shopping centers that are strategically located next to Target stores because they typically generate increased traffic flow for all other tenants."

"This institutional-quality asset possesses enormous upside potential," says IPA executive director Jamie B. May.  "The new owner can continue to upgrade units in order to realize the property's full potential, which will provide the opportunity for rent increases as the market improves."