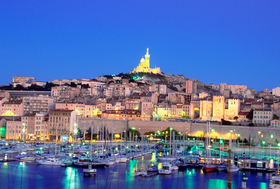 Paris-based ANF Immobilier (ANF), a merchant builder and the largest landlord in Lyon, France, has placed some of its properties on the market and received a total $1 billion (816.6 million euros) in separate offers to date. Even one of the richest men in Great Britain, the Duke of Westminster through his Grosvenor Group Ltd., is bidding about 313.1 million euros for a large share of ANF's residential and commercial properties.

ANF says in a prepared statement  Fonciere des Murs SCA and La Francaise REM have jointly bid about 503.5 million euros for 160 B&B brand hotels. All of the deals will be done by November, ANF states. The developer says it will use the proceeds to build new projects in Marseille, Lyon and Bordeaux where it began operations last year. One euro equals $1.258 US.

New York City-based SL Green Realty Corp. (NYSE: SLG) and partner Jeff Sutton have announced the restructuring and recapitalization of their joint retail condominium venture at 717 Fifth Ave. SL Green sold 50% of its interest to Sutton and retains a 10.92% stake in the venture's property at a price that values the asset at $618 million or $5,015 per square foot. The valuation reflects a 4.9% capitalization rate on in-place net opening income, according to SL Green's press release.

"We seek to acquire properties that provide multiple levels of diversification to Griffin-American Healthcare REIT II Inc.," says Danny Prosky, a principal of American Healthcare Investors and president and chief operating officer of the REIT.

"These latest acquisitions are a good example of this - they add geographic, asset and payor mix diversification to an already substantial nationwide portfolio of healthcare-related properties." 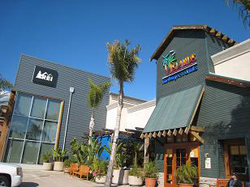 The Plaza at Encinitas Ranch

The Plaza at Encinitas Ranch, a 145,303-square-foot power retail center in Encinitas, CA has been refinanced with a $43 million loan.  The lender's name was not disclosed.  HFF's Los Angeles office arranged the loan for the privately-owned  joint venture partners. They are Zelman Development Co. of Los Angeles and Caritas Co. of Carlsbad, CA.