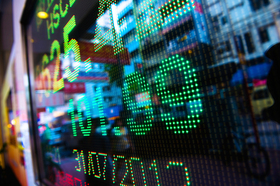 The deal is expected to close before the end of the year. Seattle real estate sources call it the biggest commercial real estate deal in Seattle's history. The sales price of the four-year-old property equates to $644 per square foot.

Vulcan Real Estate was founded by Microsoft co-founder Paul Allen. He began building the complex in 2008 after Amazon signed long-term leases that expire in the 2020s. Allen is selling the property to rebalance its investment portfolio and free up capital for more development in  the booming South Lake Union neighborhood of Seattle, according to published media reports.

"Reaching the $1 billion mark in aggregate portfolio value, based on purchase price, is a key milestone for Griffin-American Healthcare REIT II," said Danny Prosky, a principal of American-Healthcare Investors and president and chief operating officer of the REIT.

He added, "Size and scale can be very important in terms of real estate portfolio operations, efficiency and potential enhanced value of the REIT as a whole. The REIT has now grown to the size where it is one of the largest and most significant owners of healthcare-related real estate in the country."

The property is 10 Gresham Street, a building mainly occupied by Lloyds Banking Group. The property had been valued earlier this year at $195 million pounds. Hammerson bought the building in August 2010 in a joint venture with Canada Pension Plan Investment Board (CPPIB) for $175 million pounds. Hammerson owned 30 percent of the building. That means its net share of the sale proceeds will be about 60 million pounds ($96.84 million US).  One British pound equals $1.61 US.

The two adjoining properties were built in 1902 and span the full block between 19th and 20th Streets, the core of Midtown South. Apex Technical School recently vacated the entire 635 Sixth Avenue building. The buildings have a combined 47,000 square feet of prime retail space.  Jones Lang LaSalle was the sole advisor on the transaction.

Spotting a niche in South Florida's mountain of repossessed and foreclosed homes, Vulcan Investment Partners announced it will be purchasing 1,200 of these properties for a total $150 million. Vulcan was founded by leading Mexican business and financial entrepreneurs.

In a prepared statement, Vulcan CEO Inaki Nagrete says 700 single-family homes come out of foreclosure every week in Miami-Dade and Broward counties. He says that when the fund is liquidated in 2017, he expects to see a 100 percent increase in the values of the properties in Vulcan's portfolio, plus an annual rental cap rate above 14 percent.

The funding will coincide with the appointment of Almanac partner Andrew M. Silberstein to the RAIT board. Almanac was founded in 1981 under the name of Rothschild Realty. To date, Almanac says its investments and commitments total more than $2.7 billion in 30 companies.