The buildings are part of the Pegasus portfolio that the bank took over from New York City-based Morgan Stanley when Morgan Stanley liquidated its P2 Value German property fund in 2010.

The 478,047-square-foot Karstadt Department Store in the premier Zell shopping area of Frankfurt has been sold for $149 million (115 million Euros) to an unidentified German housing company. The seller was the EPI Fund, co-advised by Tristan Capital Partners and AEW Europe, both London-based firms. PBG in Frankfurt was the local partner for the sellers in the transaction.

In a prepared statement, Tristan CEO Ric Lewis said "there is strong investor interest in core German real estate assets, as the market is a relatively safe haven against the background of the Eurozone crisis." He added, "We felt, it was, therefore, an opportune time to realize the value of our investment in the Karstadt store for investors in the EPI Fund."

Targeting a seven percent annual return to investors, Sidra Capital of Saudi Arabia and Gatehouse Bank of London have closed on their third international property, a newly-constructed, 74,146-square-foot office and distribution building in Maidenhead, Berkshire County, one of the most affluent areas in the United Kingdom. The price was $51.4 million (32 million British pounds).

The owner of record is the partners' Sterling United Kingdom Real Estate Fund (SURF). The property will serve as the Europe, Middle East and African headquarters of Adobe Systems Europe Ltd. The tenant signed a 10.5-year lease. SURF's other recent acquisitions were the Cooperative Group Distribution Center in Huntingdon near Cambridge for 23.55 million pounds, and the TDG Distribution Center near Glasgow, Scotland, for $22.4 million pounds.

British Land Plc (LSE: BLND) is the London-based real estate investment trust that owns the other 50 percent of Meadow Hall. British Land said in a prepared statement it will manage the mall which reportedly welcomes about 25 million visitors annually. The Norwegian fund's revenue comes from taxes on oil and gas, ownership of petroleum fields and dividends from a 67 percent stake in Statoil ASA. 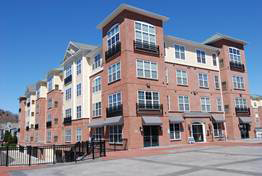 Steve Witten and Victor Nolletti of International Property Advisors brokered the sale. In a prepared statement, Witten calls the four-year-old property "a rarely available, transit-oriented multifamily asset in one of the East Coast's top-performing apartment markets." Witten said the property at 400 Blake St. should attract tenants from three local universities, including Yale. 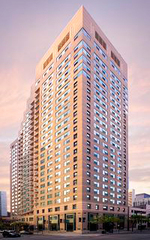 An affiliate of L&B purchased 77 West Huron in October 2011 from Englewood, CO-based Archstone for an estimated $90 million or about $296,000 per unit, according to Crain's of Chicago.  The building has studio one, two and three-bedroom apartments from 536 square feet to 2,862 square feet.