A consortium of European and Middle East banks are financing an estimated billion-dollar mixed-use development in Turkey. The project is spearheaded by Dubai's largest developer, Emaar Properties, the company announced.

Emaar itself has signed off on a $500 million, seven-year loan for Emaar Square, the development that will include residential, commercial and retail sectors. Turkey's largest shopping mall is also planned for the project.

The Retirement System will provide 75 percent of the funds; Forest City, 25 percent. Forest City will be the fund manager. According to Forest City executive vice president Robert O'Brien, equity from the fund will be paired with conventional project financing for an estimated aggregate development investment of about $800 million to $1 billion.

Its newest acquisitions include the 496-unit Holland Park in Lawrenceville, GA; the 232-unit Azalea Springs in Marietta, GA; and the 376-unit Hampden Heights in suburban Denver, CO. 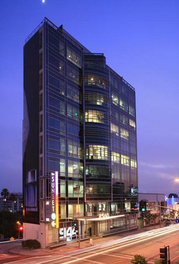 The Sunset, a 177,949-square-foot mixed-use development and one of the largest along Hollywood's internationally known Sunset Strip, has received a $78 million loan from New York City-based AIG Asset Management Group. The Los Angeles office of HFF brokered the three-year, floating-rate loan for the owner, Broadreach Capital Partners of Palo Alto, CA.

The 95 percent-leased property in West Hollywood includes a 10-story, 71,119-square-foot office tower; a two-story, 106,830-square-foot retail and office plaza; and a five-level, 937-space underground parking garage. The Sunset was built in 1963 and has undergone several reconstructions since then.

MFREVF Aberdeen Urban Renewal LLC of Aberdeen, NJ made its first investment purchase with the $66.5 million acquisition of Avalon at Aberdeen Station, a 290-unit, Class A multi-housing community adjacent to the Aberdeen-Matawan train station in New Jersey.

The 10-year-old, four-story property is 96 percent leased, according to the Florham Park, NJ office of HFF which brokered the sale for New York City-based AvalonBay Communities Inc. The price equates to $228,448 per unit. 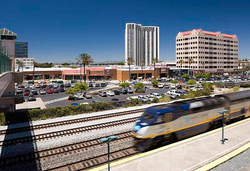 Bank of America provided the six-year loan which has a one-year extension option and a future funding component for property renovations, leasing commissions and tenant improvements. The loan has a competitive risk-based spread over the 30-day LIBOR rate.