New York City-based Morgan Stanley is negotiating to buy the 3.2 million-square-foot, three-year-old, 100-percent leased, 350-store Moscow Mall in northwest Moscow from Capital Partners of Greenwich, CT, according to Reuters. In an email to World Property Channel, Morgan Stanley communications executive director Hugh Fraser said, "We are declining to comment on this."

In January of this year, Morgan Stanley's global vehicle MSREF VII reportedly paid over $1 billion US for St Petersburg's largest shopping center, the one-million square-foot (93,000 square meters) Galleria. The seller was Meridian Capital CIS Fund, run by a buyout firm backed by Kazakh investors, including Askar Alshinbaev. The Galleria cost $380 million to build and opened in November 2010 with 250 stores.

Go Aetos Capital LLC of New York City is going where the gold is - Japan.  The investment group is raising $1 billion for a new fund to purchase distressed office, residential and retail properties in Japan. The sellers are banks seeking to recover their loan value. Aetos says it may also invest in other north Asia countries.

The Aetos fund is targeting an internal rate of return of about 20% and has an investing period of eight years. Moody's Investors Service of New York City notes 700 billion yen ($9 billion US) of over-leveraged commercial buildings in Japan are scheduled to be sold over the next three years. 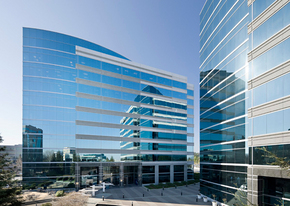 "Treat Towers is an irreplaceable asset of the highest quality in the East Bay providing above standard construction and building amenities in one of the nation's premier core office markets," says Golubchik. "The property offers its tenants a landmark location, providing ease of accessibility to the entire San Francisco Bay area." 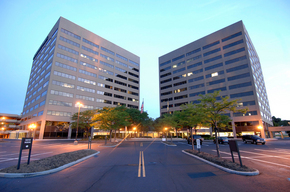 "PCCP worked with the ownership for more than six months as they explored alternatives toward recapitalizing the asset," said PCCP senior vice president John Randall. "With our financing, the ownership now has the structure and new capital to do some planned renovation work as they look to reposition the asset, increase occupancy and create additional value at the property.

An affiliate of Chicago-based Walton Street Capital LLC has paid Atlanta, GA-based Pollack Shores Real Estate Group $37.5 million or about $170,000 per unit for the 220-unit Velocity in the Gulch apartments in Nashville, TN. The per-unit price was among the highest ever achieved in the Nashville multifamily market. The sale does not include the 43 condo units in the building or the ground-level retail. Pollack Shores says it paid $25.3 million for the then-vacant property in March 2011 and converted the unsold condo units to for-rent apartments.

With $900 million US under management and a war chest of $500 million for new acquisitions, New Delhi-based Red Fort Capital is quickly emerging as one of the largest independent private equity real estate investment specialists in India. According to VCCEdge, the financial research arm of VCCircle based in Uttar Pradesh, India, Red Fort Capital has invested Rs 200 crore ($36 million US) in

developable land at Prestige Estates in Bangalore. Most of Red Fort Capital's investments are in the National Capital Region (NCR) and with developers like Parsvnath, Ansal Properties & Infrastructure and 3C.