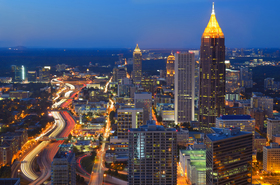 Christopher Papa, executive vice president and chief financial officer of Post Properties, said in a news release, Post Apartment Homes intends to use the net proceeds to redeem the remaining approximately $130.1 million in principal outstanding of its 6.30% senior unsecured notes, which mature on June 1, 2013 and pay premiums and related fees and expenses of approximately $4.1 million for general corporate purposes, which may include future property acquisitions. The 2013 Notes are expected to be redeemed Dec. 3, 2012.

The JV will buy 80 percent of Immoweb's shares. Immoweb's family shareholders would keep the other 20 percent. Immoweb was created in 1996 and counts 2.4 million visitors monthly to its portal.


NASCAR Plaza Going for About $100 Million to Parkway Properties 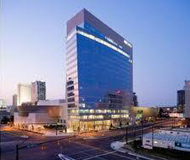 NASCAR Plaza, a three-year-old, 20-story, 390,000-square-foot office tower in downtown Charlotte, NC, is being sold for about $100 million.  Orlando, FL-based Parkway Properties Inc. is the buyer. The seller is a joint venture between Trinity Capital Advisors of Charlotte and Rubenstein Partners of Philadelphia, PA.

The building is adjacent to the NASCAR Hall of Fame and is headquarters for NASCAR which has leased 139,000 square feet through May 2021.

The property is 88 percent leased at an average rent of $25.61 per square foot, according to Parkway president and CEO James R. Heistand.

"We expect to create additional value through leasing and rent growth in a submarket that we believe will outperform during a recovery," Heistand said in a prepared statement. The sale is expected to close by year end.

Holland Partners Group Management Inc. of Vancouver, WA has obtained $45 million in construction and 10-year permanent financing from an undisclosed life insurance company for the development of a 243,000-square-foot, Class A apartment and retail project in the East Village submarket of downtown San Diego, CA.  The San Diego office of HFF brokered the two loans. Terms were not disclosed.

The 1.24-acre project will be known as 15th and Market and will have 243 apartments and about 10,000 square feet of ground floor retail space. 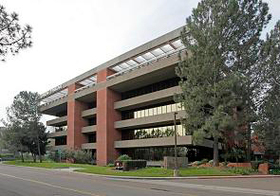 Manchester Financial Group, the San Diego, CA owner of the three-building, 329,000-square-foot headquarters of the San Diego Union Tribune, has received a $27.5 million loan from an undisclosed life insurance company to refinance the property. The San Diego office of HFF found the financing and will also service the loan. Terms were not disclosed. 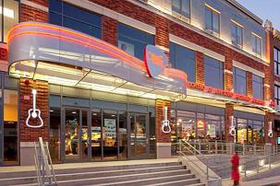 Boston Private Bank & Trust Co. has loaned Boston-based Samuels & Associates $27 million to finance a two-building, 70,330-square-foot office and retail property in the city's Fenway Park neighborhood.  Terms of the loan, brokered by the Boston office of HFF, were not disclosed.

In a speculated multi-million-dollar deal, Dallas, TX-based Velocis Fund has purchased the 189,340-square-foot West Woods Shopping Center and the 163,677-square-foot Springdale Shopping Center, both located in affluent Austin, TX neighborhoods. The transaction brings the fund's total assets under management to about $160 million.

The acquisition was the fund's eighth and ninth purchases which include office, retail and medical office properties. Velocis Advisors' co-founders and managing directors are Fred Hamm, Mike Lewis, Steve Lipscomb and Jim Yoder.