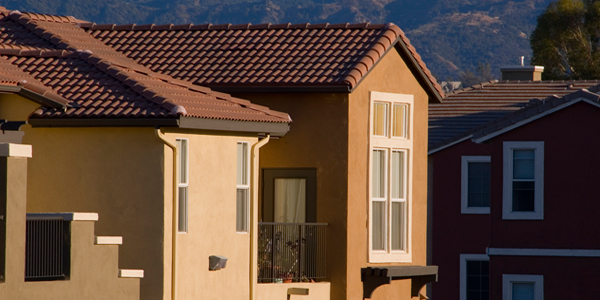 
The biggest residential real estate deal in the U.S. in five years is expected to go down early in 2013. That is when Chicago entrepreneur Sam Zell's Equity Residential and Avalon Bay Communities CEO Timothy J. Naughton sign off on a deal valued at $16 billion with Archstone of Englewood, CO.

The buyers are acquiring Archstone's 45,000 rental properties and the seller's development and land sites. They are also picking up Zell's $9.5 billion debt load. Equity Residential will own 60 percent of the acquisition; Arlington, VA-based Avalon Bay, 40 percent.

The previous largest deal of its kind occurred in November 2007. That was when New York City-based Blackstone Group closed on its $26 billion purchase of Hilton Hotels.

An unidentified five-member bank group has acquired the $133.4 million non-performing loan note on the 700,000-square-foot, grocery-anchored, mixed-use Watters Creek at Montgomery Farm development in Allen, TX, a suburb of Dallas and Fort Worth.  The Dallas HFF office, that brokered the deal, did not disclose what the bank group paid for the note.

"This established FHA platform has allowed us to meet our long-time clients' increasing demand for FHA financing wherever they do business across the country," says Joseph Donovan, Arbor's senior vice president and director of FHA lending.

O'Connor Capital Partners of Long Island City, NY plans to break ground in early 2013 on The Residences at Fresh Pond, a planned 428 unit, Class A multi-housing development in Cambridge, MA.

RBS Citizens Financial Group Inc. of Providence, RI is providing a four-year, fixed-rate construction loan for the project. The loan has one 12-month extension option. The interest rate wasn't disclosed by the Boston office of HFF that brokered the funding for the 25-year-old developer.

Gramercy on the Park

Dallas-based Billingsley Co., a 34-year-old firm founded by Henry and Lucy Billingsley, has received a $49 million loan from the Federal Home Loan Mortgage Corp. (Freddie Mac) on Gramercy on the Park, their 545-unit Class A apartment complex in north Dallas, TX.

The Billingsleys plan to use the money to pay off an existing construction loan. The Dallas office of HFF will service the securitized loan through its Freddie Mac Program Plus Seller/Servicer program.

Swedish home furnishings retailer IKEA has purchased a 14.6-acre parcel near Dolphin Mall in the Miami suburb of Sweetwater for $31.5 million.  The seller was Procacci Development Corp. of Boca Raton, FL.

IKEA plans to build a 417,000-square-foot retail store atop a two-level, 1,500-space parking garage on NW 117th Avenue at the intersection of the Dolphin Expressway and The Florida Turnpike.

IKEA opened its first Florida store in 2007 in the Broward County city of Sunrise, FL. Two other Florida IKEA stores are in Orlando and Tampa.