Big deals are going down regularly these days in the U.S. commercial real estate sector despite the country's faltering economy. For example, Realty Income of Escondido, CA is buying New York City-based American Realty Capital Trust Inc. in a deal both companies say will be valued at $2.95 billion. The transaction is scheduled to close in fourth quarter 2012 or first quarter 2013.

In addition to the share exchange, Realty Income will assume about $526 million in debt and repay about $574 million of outstanding debt and transaction expenses. The companies said that boosts the total value of the transaction to $2.95 billion and will make Realty Income the 18th largest REIT in the U.S., based on total pro forma equity market capitalization.

Beijing-based Dalian Wanda Group Cq Ltd. has closed its $2.6 billion acquisition of Kansas City, MO-based AMC Entertainment Holdings Inc.  The company said the deal creates one of the largest cinema companies in the world. Combined, the new company will operate 5,670 screens in 432 movie theaters around the world. Wanda also owns and operates real estate development and tourism businesses in China.

Wanda chairman and President Wang Jianlin told a press conference in Los Angeles he wants to invest billions in new companies in the U.S. and Europe. Those companies would include additional theater chains and department stores. 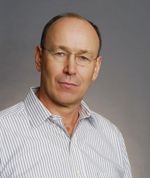 Century Bridge CEO Tom Delatour says that with about 400 million Chinese rural residents expected to relocate to China's cities in the next 15 years, China's ongoing urbanization and infrastructure needs will continue to drive growth in the Tier 2 cities. He says the fund's equity will be aimed build-to-sell middle-income residential real estate projects and development enterprises.

Debenhams has 153 stores across the UK and Ireland and 69 stores in 25 other countries; Debenhams is listed on the London Stock Exchange and is a constituent of the FTSE 250 Index. Gatehouse says it has a global real estate portfolio valued at over 575 million British pounds ($920 million U.S.) Gatehouse is considered one of the most active non-institutional investors in the industry, according to Trade Arabia News Service.

Atlanta, GA-based Carter and equity partners Bob Weiler and Don Kelley have broken ground on a $50 million, 325,000-square-foot redevelopment of the former Columbus City Center mall in downtown Columbus, OH. The mall was leveled in October 2009 to create a public park and spark future new development.

The redevelopment project has been renamed HighPoint at Columbus Commons. It will be a residential and retail enterprise with 301 residential units atop 23,000 square feet of first-floor retail space. The project is scheduled for completion in December 2013.

"Urban Commons has been aggressively adding more assets to their portfolio and we are happy to help them with their transactions," says ASAP International CEO Frank Yuan.  He says his company is also working on several other real estate deals expected to close in the near future.