Dusseldorf-based Metro AG, Germany's biggest retailer, has contracted with Groupe Auchan SA of Croix, France, to sell its 426 Real grocery stores division for $1.4 billion (1.1 billion euros). The deal is expected to close in 2013, the company said in a news release.

Metro CEO Olaf Koch said the company is selling the division because it has decided to focus on it its cash-and-carry whole units and Media-Saturn electronics stores. Another reason was a drop in revenue. Real stores had accounted for about 17 percent of Metro's total sales. But last year, Real revenue dropped 2.3 percent to 11.23 billion euros.

There are 316 Real stores in Germany and 110 in Poland, Romania, Russia, the Ukraine and Turkey. 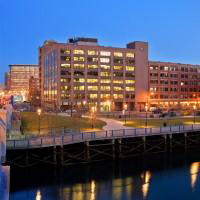 "837 Washington will be composed of an existing landmark structure that will be restored and integrated within a brand-new 55,000-square-foot space envisioned as a flagship location for market-leading companies from the fashion, technology, entertainment and media industries," says HFF's Evan Pariser.  Pariser, John Pelusi and Michael Gigliotti, also of HFF, represented the borrower.

Raintree CEO Jeff Allen said in a news release his company was attracted to the Ventura property because of its "high-visibility and good drive-by traffic along Telegraph Road."  Institutional Property Advisors, a multifamily brokerage division of Encino, CA-based Marcus & Millichap, advised on the sale.

Calcalist, a Tel Aviv-based English and Hebrew language print and online newspaper, reports Bercleys, described only as a global real estate agency, is the developer. Israeli architect Moore Yaski Sivan will design the mall. Construction is expected to take 30 months. There are no other full-service, retail-restaurant sites in the immediate Dead Sea area.

The Dead Sea is 423 meters (1,388 feet) below sea level, according to Wikipedia. The Sea borders Jordan to the east and Israel and the West Bank to the west. . The Sea is also 377 meters (1,237 feet) deep, the deepest hyper-saline lake in the world. With 33.7% salinity, it is also one of the world's saltiest bodies of water.

Over the last two years, IRA has acquired more than $W225 million in commercial real estate is is projected to close on an additional $100 million by year end.