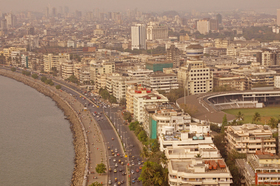 Private Equity PE, the investment arm of Housing Development Finance Corp. (HDFC) of Colombo, Sri Lanka, sees a niche in the redevelopment and commercial development of India cities Mumbai, Chennai, Pune, Bangalore and Delhi.  PE announced it plans to raise $500 million by the end of this year for those projects.

According to DealCurry.com, PE already is lining up joint venture partners in Singapore, Qatar, Japan and the U.S. The fund has a net Internal Rate of Return (IRR) target of over 20%.  Sri Lanka is an island country in the northern Indian Ocean off the southern coast of the Indian subcontinent in southeast Asia. It was formerly known as Ceylon.


Senior Living Facilities in the UK Sold for $250 Million

The five properties, all opened in 2009, have a total 522 beds. The facilities were the final five communities held in two separate joint ventures between Sunrise Senior Living Inc. (NYSE: SRZ) and institutional funds managed by Pramerica. Those funds were set up in January 2005 and January 2007.  Sunrise will continue to operate the facilities.

GT Canada Medical Properties Real Estate Investment Trust (TSX-V:MOB.UN) and private equity firm NorthWest Value Partners Inc. announced they have signed a non-binding letter of intent for GT to purchase a portfolio of international healthcare real estate in Australia, New Zealand, Brazil and Germany. The deal also includes GT's acquisition of the NorthWest international healthcare platform from NorthWest and its affiliates. Buyer and seller are based in Toronto. 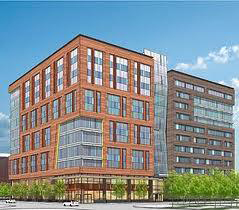 One Channel Center, an under construction, 500,000-square-foot, 11-story office building in Boston's Seaport District has received a $170 million construction loan to complete the project by early 2014.  The Boston office of HFF arranged the loan but didn't disclose the lender's name.

When completed, the class A building and the adjacent 960-space parking garage will be leased entirely by 220-year-old State Street Corp. (NYSE: STT) on a long-term lease. The joint developers are New York City-based AREA Property Partners and Commonwealth Ventures of Boston.

A non-performing loan with an unpaid balance of about $148 million has been sold in the Los Angeles and San Diego office markets. The Irvine, CA office of HFF arranged the transaction but didn't disclose the names of buyer and seller.

The loan is secured by eight office properties and 16 other commercial buildings totaling about 900,000 square feet. The combined properties are about 60 percent leased.

New York City-based Investcorp has expanded its real estate holdings with equity and debt investments in six high-quality office properties across key markets in the U.S. The buildings have over 900,000 square feet of leasable space and are valued at over $140 million, according to Investcorp. They are in the Raleigh-Durham area of North Carolina; Frisco, TX; and Denver, CO. 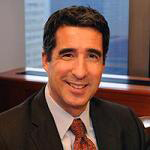 Myers' colleague, Christopher Hoeffel, says "Office properties (today) n growing markets with strong demand generators are on the rebound and can be purchased at better valuations than similar properties in major gateway cities." 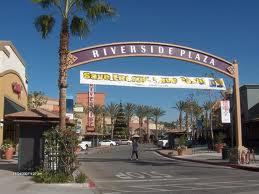 New York City private equity firm Vestar paid $84,844,000 cash to Lake Forest, IL-based Westminster Funds for Riverside Plaza, a 475,211-square-foot shopping center on 35 acres in Riverside, CA.  The California office of HFF, which represented the seller, said the sale was the largest of its kind in Southern California's Inland Empire region in the past 10 years. HFF didn't disclose the property's current occupancy level.

Vestar did the deal in a joint venture with a fund advised by UBS Global Asset Management of New York City. Vestar manages more than 22 million square feet of retail properties in the western U.S.

Believing that the real estate capital markets are opening again, Liberty International Holding Corp. of Fort Lauderdale, FL and Planet Five Development of Jacksonville, FL, have merged in a $40 million cash and stock deal.  The merged firms say they plan to build a $1 billion real estate investment platform over the next 12 to 18 months.

"The timing was right" to do the merger, says Planet Five president Paul Rohan. "We believe joining forces will provide a solid platform for new capital - capital that recognizes the real estate market is quickly gaining traction towards recovery."

Liberty president and CEO Christopher Anzalone, says the deal was primarily done "to aggressively increase shareholder stock value and implementation of future dividend payments."This merger makes that objective tangible, not only by leveraging our strategic ownership of boutique properties in places like South Beach, but also in defensive bread and butter shopping plazas."