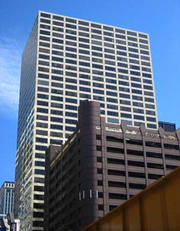 (CHICAGO, IL) -- What a difference a couple of years make in the values of prime office buildings - especially if those years fell in the Great Recession era of 2007 to 2010.

In May or June of this year, however, the property will close at a gross $72.25 million or about $95 per square foot.

The seller is a subsidiary of Prime Group Realty Trust (NYSE:PGEPRB), headed by president and CEO Jeffrey A. Patterson.  This company is unrelated to Prime Group Inc., also of Chicago.

Prime Group Realty Trust, a subsidiary of Lightstone Group LLC of New Jersey, bought 180 North LaSalle in 1998 for $55 million, according to previously published reports. The seller was Heitman LLC of Chicago.

180 North LaSalle has also been known since its 1972 construction as Heitman Center and LaSalle Plaza.

Prime Group Realty Trust estimates it will net $12.46 million after closing adjustments and costs.  Prime also figures its GAAP gain will be about $1.8 million.  GAAP is the acronym for generally accepted accounting principles.

The buyer of 180 North LaSalle is a relatively little-known regional developer--Michael Silberberg, a principal in privately held Berkley Properties of Nanuet, NY in Rockland County, just outside New York City.

Silberberg and his associates have plunked down $4 million in cash as non-refundable earnest money.

In a prepared statement, Prime Group Realty Trust states the deal was signed off on February 25th of this year but won't close until three or four months later because of contract clauses.

The entire deal hinges on the unnamed existing first mortgage lender consenting to Silberberg's assumption of the building's existing debt.

However, Silberberg could still go through with the deal if he and his associates find another lender who would provide new financing.

If Silberberg and his team back out of the deal for any reason, they lose their $4 million deposit. 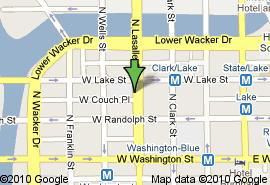 The 180 North LaSalle purchase will be Berkley's biggest acquisition to date, according to previously published deals posted on its web site. The company has been active in Central New York acquisitions.

Berkley previously acquired Aaron Manor Apartments, a 52-unit complex on Gordon Parkway in the town of Camillus, for $2.05 million.

That purchase gave Berkley eight local apartment complexes, including four purchased during in a single month.

The company also owns all or part of at least 13 office and retail properties in other Central New York locations. Among them are Mattydale Plaza, Fayetteville Square, Limestone Commons in Manlius, Glacier Creek Office Park in DeWitt and Erie Place in Syracuse.

In addition, the company is the asset and development manager for an approximately 1.1 million square foot office building at 1407 Broadway Avenue in New York City.