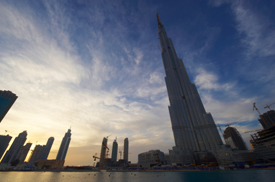 
(DUBAI, U.A.E.) -- Emaar Properties in Dubai, like AIG International in New York, is just too big to fail, according to global analysts familiar with the growth path of the 12-year-old developer.

Their views followed Wednesday's (July 29) downgrading by Moody's Investors Service of Emaar's credit rating to Baa1 from A3.  The downgrading also was the same for Dubai Holding Commercial Operations Group (DHCOG).

In June, Standard & Poor's also downgraded Emaar's rating to BBB+ from A-.

The New York City-based ratings agencies called the outlook for both companies negative.

Emaar is the biggest publicly traded real estate company in the Middle East. The government of Dubai owns a 32 percent stake in Emaar.

Most analysts privately scoffed at the assessments by Moody's and S&P, particularly in view of the pending merger of both companies. The estimated combined asset base of the companies, after the merger, has been reported at $52.8 billion. 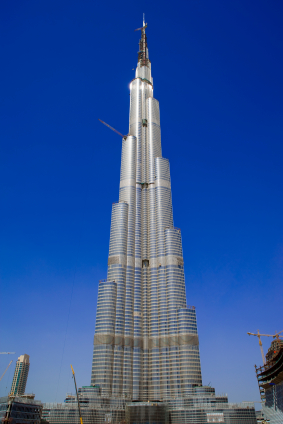 Even Moody's man in Dubai sees nothing but continued growth for Emaar, which is often also called the Emaar Group.

"Moody's recognizes that consolidating Emaar and DHCOG's real estate interests into one entity will create a new giant in Dubai's market, with unrivaled access to a sizable land bank," according to Martin Kohlhase, an associate analyst in Moody's Corporate Finance Group based in Dubai.  He was quoted in The Economic Times of Dubai.

Additionally, the newspaper quoted Kohlhase,  "Several drivers, such as the opening of Dubai's Metro public transportation system, the inauguration of Burj Dubai (the still uncompleted, 200-story,  world's tallest skyscraper),  the end of the school year and beginning of the summer period will shape Dubai's residential property market in the near term, and lead to greater differentiation within Dubai's residential areas, from which Emaar and DHCOG's real estate divisions may benefit."

Positive as the outlook for Emaar appears, the company has faced embarrassing situations in the past 30 days.