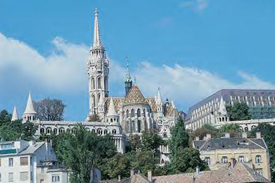 Office vacancy rates are "very high" in both Budapest and Gyor, reports London-based Companiesandmarkets.com and OfficialWire.

New office space is not being absorbed, as tenants tend to prefer to renegotiate existing leases rather than to move.  Conditions are similarly difficult in the retail and industrial sub-sectors, according to the researchers.

Office, industrial and retail rents have fallen over the last year.

"There has almost certainly been a fall in yields, as rentals have dropped in relation to capital values and prices," the researchers note.

"We anticipate that yields will continue to fall until the end of 2011. However, slippage in prices - perhaps as a result of distressed sales - should cause yields to rise again from 2012 - although probably in a fairly gradual fashion."

Total office stock in the Persian Gulf kingdom of Bahrain has tripled since 2000.  London-based DTZ research estimates the total inventory in Bahrain, as of April 2010, stood at about 630,000 square meters or 6.78 million square feet.

"The current stock levels, coupled with the effects of the global economic slowdown, have caused a significant oversupply situation in the Bahrain office market," DTZ reports. 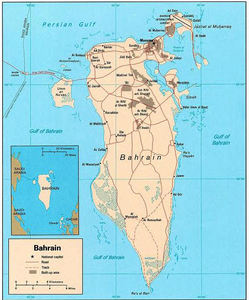 "This oversupply is affecting vacancy rates which are currently circa 7-10% for Bahrain's main Central Business Districts (CBDs) having risen from the 4-5% recorded 12 months earlier," states DTZ, a global real estate research and advisory company whose roots date from 1784, according to its web site.

New office space which has emerged over the past 12 months is now starting to create significant downward pressure on office rents across the 3 main CBDs with 20-30% decreases in achieved rents being recorded within some of Bahrain's highest quality office buildings," DTZ states.

Older stock in each of these areas achieves rents at between 15-30% lower.

DTZ expects to see further downward pressure on office rents during the remainder of 2010 as large volumes of supply continue to increase total stock and levels of occupier demand remain low relative to historic levels.

Turkey tops the table of the most improved country in real estate transparency for 2010, according to a report by Jones Lang LaSalle and LaSalle Investment Management.

The Hürriyet Daily News in Istanbul reports that since Jones Lang LaSalle's last index two years ago, Turkey has moved up 27 positions in the rankings and improved more than any of the 81 other markets sampled.

Turkey is now classified as 'semi-transparent' rather than 'low-transparent.'

Rising levels of transparency are associated with an increase in foreign direct investment, explains JLL.  "...This is a powerful incentive to encourage free-flowing information and apply local law fairly and consistently," JLL states.

Alan Robertson, managing director of Jones Lang LaSalle in Turkey, says there are a number of reasons behind Turkey's improvement in the rankings.

"Firstly, the Turkish government has shown a strong determination to improve the business environment and to create a level playing field for both foreign and local investors," he said.

"Within the framework of the European Union accession process, Turkey has been working hard to align its legal and regulatory systems with more developed countries.

Nine of the top 15 improvers on the list are from Europe, while six are from the Asia Pacific region. However, the list shows that overall, one-third of markets globally have shown no change or worse-deterioration in transparency.

Jacques Gordon, global head of strategy for LaSalle Investment Management, said the index reveals a notable slowdown in the progress of real estate transparency over the past two years.

"It suggests that the recent turmoil in global financial, economic and real estate markets has impacted on market behavior, with real estate players focusing on survival rather than market advancement," Gordon said.

The Green at Florham Park rendering

BASF Corp., which calls itself the world's leading chemical company, has signed a long-term lease with The Rockefeller Group for a 325,000-square-foot, Class A office building that broke ground this month at Florham Park, NJ.

The BASF building is expected to be completed by mid-2012. It will be part of The Green at Florham Park, a 268-acre master planned development designed to accommodate more than 800,000 square feet of office space, a full-service hotel, 425-unit active adult residential community, and the 27-acre site that is the home of the Atlantic Health New York Jets Training Center.

Atlantic Health, a New York and New Jersey healthcare provider already plans to build a 100,000-square-foot, four-story medical facility called the Atlantic Sports Health Institute within the park.  The Rockefeller Group is currently marketing the remaining land which can accommodate up to 400,000 square feet of office space.

"We look forward to occupying this new building and expanding our presence in Florham Park," BASF CEO and chairman Kurt Bock said in a prepared statement. "The building design fosters the collaborative spirit of BASF and our commitment to sustainable development in all that we do."

Prudential Mortgage Capital Company.  has closed a $202 million loan for a joint venture that has acquired a portfolio of 13 retail centers in eight states, according to a prepared statement from the Newark, NJ lender.

The borrower is a joint venture between Regency Centers Corp. of Jacksonville, FL and Global Retail Investors, LLC. of  Antwerp, Belgium.

"We were pleased to work with Regency Centers and Global Retail Investors on this transaction, which further demonstrates our commitment to long-term relationship-based lending," said Zadra. "We look forward to working with this borrower over the life of the loan."