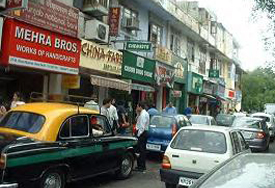 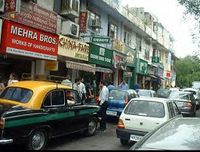 It's still not Fifth Avenue in New York but Khan Market in New Delhi now ranks among the priciest rent markets in the world, according to a recent Cushman & Wakefield analysis. The shopping center has the most expensive retail rents in India.

Retailers in India will have to shell out more money to set up shops at the country's high streets as rentals have gone up considerably, reports The Economic Times of India.

For example, Khan Market in New Delhi is now the 21st most expensive location in the world.

According to Cushman & Wakefield's 'Main Streets Across the World 2010', Khan Market moved up three spots this year from 24th last year in the list of most expensive streets across the globe. 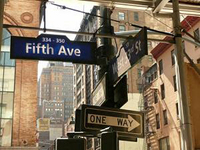 Hong Kong's Causeway Bay is the second most expensive street, followed by Ginza in Tokyo.

Rents at Khan Market is estimated to be around $284 per square feet annually as against $1,850 on New York's Fifth Avenue.

Khan Market saw an increase of 15.80 per cent in rentals in 2009-10 as compared to previous year, the report said.

"Most major and premium brands have shown a clear preference for that micro-market (Khan market)," according to Cushman & Wakefield. "Also with very little vacancy in that location, available spaces have been commanding high values."

Many other high streets in the country have also witnessed an increase in rentals over the previous year.

For instance, Linking Road in Mumbai saw a rise of 33 per cent, CG Road in Ahmedabad surged by 18.2 per cent and that of MG Road in Pune by 13.6 per cent.

Interestingly, in the 2009 survey, Mumbai had noted the highest fall in rental values as a result of the economic downturn.

"With the markets gaining momentum and retailers, both national and international, are revising their expansion plans in India, we are seeing a gradual resurgence in values," Executive Director Kaustuv Roy of Cushman & Wakefield India, said in a prepared statement.

However other retail high street destinations in New Delhi and NCR did not see the same fervor. Locations like Greater Kailash and South Extension continued to see a downward slide in rental by 10 per cent and 12 per cent respectively.

"The biggest erosion of rental values across India was also noted in Basant Lok, recording an annual decline of over 38 per cent," the survey said.