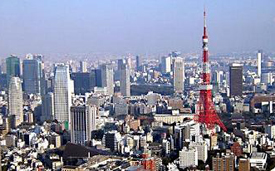 Manhattan properties are still enticing foreign buyers, according to The Corcoran Group of New York City.

"We thought our foreign buyers would flee, but they haven't as yet,"  Pamela Liebman, president and CEO  of The Corcoran Group told a Reuters Global Real Estate and Infrastructure Summit in New York.

The next four to eight weeks will reveal whether the euro zone market chaos that recently swept the single currency to a 4-year low will eat away at foreign demand for Manhattan properties, she said.

"It still feels as good as it did before the euro crisis, but we're waiting to see, and it's nowhere near what it was with the condo boom," Liebman said.

The mix of foreign buyers has already shifted over the past two years.

Italians, South Americans, Southeast Asians, Chinese and Russians are in. The Irish and Koreans are out.

Foreign buyers are looking for a safe and secure place to put their money, and they are finding that in the best-known U.S. addresses, Jay Koster, president of Americas Capital Markets for Jones Lang LaSalle, told Reuters.

"There is tremendous appetite especially if (the address) says 5th Avenue or Park Avenue or Madison Avenue," said Koster.

Foreigners are "buying long-term value or buying stability. They're buying Pennsylvania Avenue in D.C. and they're buying Rodeo Drive (in the Beverly Hills section of Los Angeles).  It's broader than Manhattan, but still very finite demand."

The current buyers are typically wealthy and looking to buy for families for the long term rather than to flip. 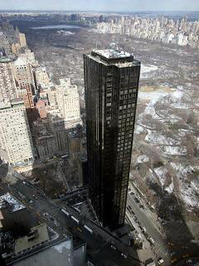 "The kids want to use the apartment, they are in their 20s, the parents want to use it, maybe the grandparents will use it," she said. "They're not going to rent it out and they plan on holding it for a long period of time."

"What we don't see is people coming in any more to these new these developments where they buy 10 apartments," she said. "These are all one-off deals. In some cases somebody might look to buy two or three apartments."

While the demand is still there, the supply isn't always sufficient.

"A lot of foreigners want to buy a two-bedroom apartment with nice views in a fully serviced building and there's just not that much out there," Liebman said. "You'd be shocked at how little is out there to satisfy some of these needs."

Koster said foreigners are willing to stretch their limits for the sake of getting sought-after addressees.

"There are many cases where they willing to pay up for the best assets and stretch their parameters rather than buy in the middle of the country," he said.

U.S. mortgage rates have also fallen anew, with 30-year loans averaging near 4-3/4 percent, thanks to the euro zone turbulence. The flight to safety into U.S. Treasuries has pulled down yields used to peg home loan rates, boosting affordability here. 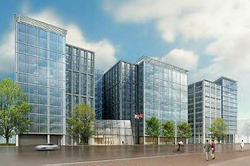 The sellers were the co-developers, StonebridgeCarras of Bethesda, MD and Walton Street Capital of Chicago.

The building at 145 N Street, N.E is 100 percent leased to the U.S. General Services Administration (GSA) for the Department of Justice. The tenant will fully occupy the building by late fall.

"This sale to Northwestern Mutual culminates more than two years of extraordinary work and circumstances, given the incredible changes in the capital markets during this period," said StonebridgeCarras Principal Doug Firstenberg.

"Having an outstanding long-term institutional owner acquire this building is a testament to Constitution Square and further demonstrates that the NoMa neighborhood is fast becoming a landmark location for tenants and investors."

"The location, building, and the long-term lease with the GSA make this an outstanding value-add to our investment portfolio. In addition, the building's pending Platinum Certification furthers our commitment to 'greening' our portfolio."

"This is one of the highest quality buildings delivered to the Washington, D.C.  office market in recent years, leased to the best credit tenant in the world for the next 15 years," said Bill Collins, Executive Managing Director of Cassidy Turley, which represented the seller.

"These opportunities don't come around every day, so congratulations to Northwestern Mutual for adding Two Constitution Square to its real estate portfolio."

The securities firm's estate has won approval to help invest an additional $263 million in a group of Washington-area office buildings it owns. The buildings are part of a 10-building portfolio in the Rosslyn area of Arlington, Va., that Lehman and a partner, Monday Properties, bought for $1.3 billion in 2007.

With $239 million in mortgages on six of the buildings coming due in July, a bankruptcy court judge gave Monday Properties and the Lehman estate the go-ahead to come up with fresh cash to pay down the debt rather than try to refinance it, according to the WSJ.

The thinking goes that the move will allow Lehman creditors to get a better return on the deal in the long run.

"Lehman has shown a great propensity to reinvest at the real-estate level when they see great long-term value for the shareholder," Monday Properties CEO Anthony Westreich told the WSJ.

While the Lehman estate will likely need to sell its stake in the Rosslyn buildings eventually, Westreich said, "there have been no discussions whatsoever about liquidation of this portfolio."

The consumer confidence and willingness to buy indicators compiled by Ipsos- Demoskop have broadly trended higher since March, reaching 86.9 in November from 82.8 in October. We expect to see a bounce in economic growth to 3.4% in 2010, having hit the bottom in Q109. 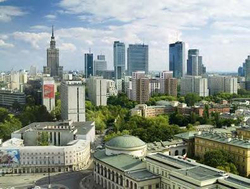 The Central Statistical Office reports that the economy expanded 1.7% year-on-year during the third quarter of 2009 and estimated full-year growth of 1.7%.

The National Bank of Poland (NBP) is expected  to keep the reference interest rate on hold at 3.50% through H110 because of the inauguration of a new monetary policy committee over January- February and given the fragility of the economic recovery, according to FastMarketResearch.

The upcoming UEFA Euro 2012, hosted by both Poland and Ukraine, is also expected  boost the real estate market in the next two years.

Local sources predict that it will be a major factor in hiking the rental rates for the commercial properties, including the hotels and resorts.

Meanwhile, it has seen extensive falls in rental prices across the country. Vacancy rates have remained stable, at around 10% for all types of space, except in Warsaw where there is somewhat less office space available.

"The country's property market capacity looks appropriate for the expected rise in rental rates through 2010 but the sporting events of 2012 could see mid-term shortages and longer-term over-capacity," according to the research group.

"We expect to see capital values increase somewhat as rental rates increase substantially through 2010 and 2011 and so we predict that for office and retail space, yields will increase up to and through 2012 but will then drop back to 2008 figures sharply in 2013," the researcher states.

Rental rates are expected to rise far faster than capital values but will then drop back sharply, while capital values will remain fairly steady, seeing a slight incline through the whole period, states FastMarketResearch.

However, the economy has racked up chronic fiscal deficits and a huge public debt worth around 200% of GDP. "The outlook is not bright, as the country moves from net saver to net debtor status," according to Business Monitor International.

According to the Japan Real Estate Institute (JREI), residential land prices have slid more than 40% from their 1991 peak and land prices in Japan's six largest cities fell 7.8% (9.2% in real terms) year-over-year (y-o-y) in H109.

In the longer term, while the weakness in the economy and the lack of funding seem likely to keep housing prices under downwards pressure, demand, driven by population necessity, will pick up, requiring supply to meet it, according to the research group.

In general, commercial real estate rents and prices also seem likely to soften further, given the rising vacancy rates and the tendency for companies to downsize.

Also, "there is little scope for improvement in the industrial sector, given the likelihood that the economy will remain fairly stagnant over the next year or so. However, there are signs that retail property may be on the rebound, as a result of increasing consumer spending as the economy recovers," states Business Monitor International.