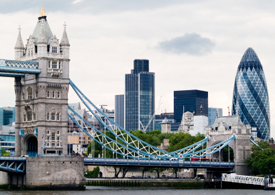 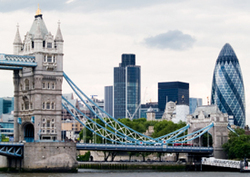 The Rockefeller Group, a New York City name synonymous with the development of trophy properties in the U.S. for 70 years, sees a new niche in Europe.

"The alliance with Europa is a significant step in the realization of a [Rockefeller] global real estate investment management platform,"  Kevin R Hackett, president and chief executive of Rockefeller, said in a prepared statement.

In its own news release, Europa said its five principal partners will retain a "significant" minority stake in the company, and that day-to-day operations will be unchanged.

"This is a dynamic time for the real estate market and property fund management business and we see significant scope for developing our business from its established base through the introduction of a strategic investor with an international reach," according to the Europa statement.

"It is understood that the (Europa) firm did not solicit approaches, though it was hoping to expand its investment range," City A.M. reported.

Rockefeller was advised by Credit Suisse during the deal., is synonymous with its first project, the Rockefeller Center in New York.

According to Wikipedia, Rockefeller Group has initiated some of the biggest projects in commercial real estate in the U.S., beginning with the development of one of the world's major complexes in New York City's Rockefeller Center.

After building the original six million-square-foot (560,000 square meters) art deco-styled complex from 1931 into the 1940s and employing nearly 75,000 workers, the real estate company developed several towers in the immediate vicinity from the late 1940s into the 1950s and 1960s.

The company name then was the Metropolitan Square Corp.

It entered into a partnership with Time-Life and constructed a 48-story building for the company that opened in 1959. This spearheaded the expansion of Rockefeller Center to the west of 6th Avenue, Avenue of the Americas.

By the early 1970s,  four International Style towers were added to Rockefeller Center, more than doubling the size of the original complex.

The eastern and original part of the Center is now owned by Tishman Speyer and the Lester Crown family of Chicago.