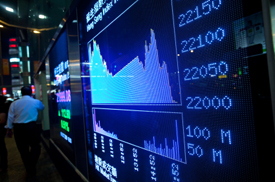 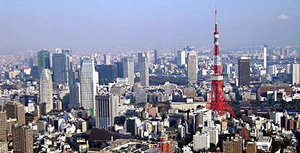 You don't hear of many big real estate deals coming out of Japan these days as the once-booming island country strives to regain its economic balance.

Tokyo says it will start a 150 billion yen ($1.8 billion) real estate investment trust in 2012. The Bank of Japan's asset-buying program will help the fund get started.

The REIT will invest in offices and commercial buildings across Japan in the first half of next year, Hideyuki Takada, a managing director at the company, told Bloomberg.

The firm anticipates the fund's asset value could increase up to 300 billion yen, Talada said.

The Bank of Japan said last year it would allocate 50 billion yen from its asset-buying fund to purchasing shares of Japanese REITs as part of efforts to end a decade of deflation.

The Tokyo Stock Exchange REIT Index, which has lost more than half its value since a peak in 2007, has gained 16 percent since the central bank's announcement.

"Tokyo Land's creation of the new REIT can be taken positively as part of the company's expansion strategy," Mitsuyoshi Takahashi, an analyst at Mizuho Securities Co. in Tokyo, told Bloomberg.  "Japanese REITs are raising capital through equity financing on the back of a recovery in the REIT market."

Masahiro Mochizuki, a Tokyo-based analyst at Credit Suisse Securities (Japan) Ltd., told Bloomberg J-REITs, as Japanese REITs are known, may double property purchases in the next fiscal year to 1 trillion yen, from as much as 600 billion yen during the current fiscal year ending March.

The central bank's economic stimulus will create an environment where developers can raise capital more easily for property acquisitions, he said.

The TSE REIT Index has fallen 57 percent since a record high in May 2007 as the global credit crisis made it harder to refinance loans and raise capital to buy properties.

Tokyo Land also is planning a REIT that will invest in residential properties, Takada said.

J-REITs represent 20 percent of Japan's 45 trillion yen securitized real-estate market, according to the most recent government data published in August.

The market was created in 2001 to be a financial tool that pools assets into tradable securities, making it easier to invest.

A total of 35 REITs are included in the Tokyo Stock Exchange REIT Index, with no new listing since 2007, according to Bloomberg research.