The activity stamped Carlson as one of the most active players in the international lodging industry. 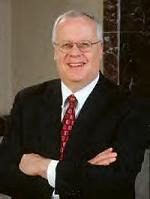 At the end of the second quarter, the Carlson Hotels Worldwide portfolio totaled 1,032 hotels with more than 153,500 rooms in 73 countries. Carlson hotel brands also include Regent® Hotels & Resorts and Park Plaza® Hotels & Resorts.

The Rezidor Hotel Group, Carlson's primary partner in Europe, the Middle East and Africa, recently celebrated the opening of the Radisson Blu Hotel, Dakar, its seventh Radisson Blu hotel in Africa and first in Senegal.

The Country Inn & Suites By Carlson Mysore, India, scheduled to open in 2011, will provide 120 well-appointed rooms and offer convenient access to festivities that take place during the period of Dasara, the state festival of Karnataka.