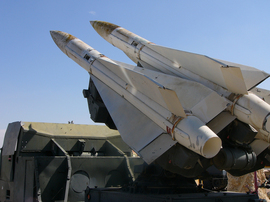 Israel has broken ground on its biggest construction project in 30 years, a $650 million (Dh2.4 billion) military training base for support troops in Hanegev, a desert sand site in the country's south end.

The National newspaper in Abu Dhabi reports that beginning in late 2014, about 10,000 soldiers will be moved from their current quarters in a high-priced real estate area near Tel Aviv to the new base, about 30 kilometers south of the city of Beersheba.

The base will not train combat soldiers, but drivers, paramedics and other troops who would support them at a combat front. It will not draw operations from the main military headquarters in Tel Aviv.

The new base is being developed to coordinate combat support training and possibly improve the general economy of the Negev region, Israeli officials have previously stated.

The National reported the project is part of a broader move to relocate military facilities to the Negev.  About half of the bases in Israel's center will move to the region by the end of the decade, Israeli military spokespersons have previously stated.

The last major military base construction occurred in the early 1980s when Israel relocated its bases from Egypt's Sinai desert.

Within two years, 250,800 square meters of construction is planned on the site, including barracks, hundreds of computerized classrooms, simulation sites and firing ranges, according to The National.

The Negev accounts for over half of Israel's land mass but is home to only 8 percent of its eight million people.

The military expects 200 to 300 career soldiers will move their families to the south to be near the base, boosting the economy as well as educational and medical services.