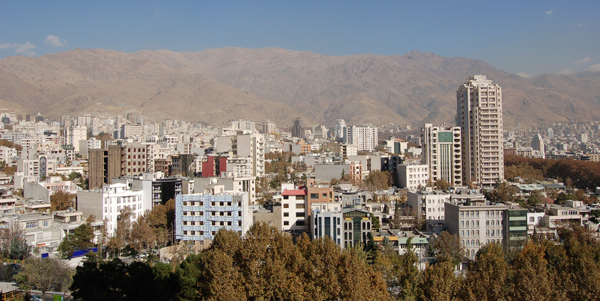 Prior to Unplugging SWIFT Banking Services to Iran, Real Estate Was Hot Asset by Local Investors 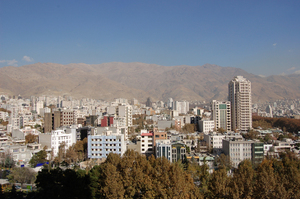 Forget about Iran's nuclear bomb threat news for a moment along with SWIFT global banking services discontinuing money transfer services with Iranian banks this weekend; real estate is center stage right now in that country of 74 million residents. Developers and investors are rushing to buy or build new apartment complexes or other residential rental properties as a hedge against a fast-rising inflation rate.

Iranians are hunting for a fixed asset, such as real estate, to protect their portfolios. They sense the value of their money is dropping quickly as never before.

Property owners fear that even if they sell their homes or apartments today at an inflated price, they may still be unable to build or buy comparable lodging later when the inflation rate once again may double or triple today's levels.

The best estimates from the World Bank and other global financial research sources place Iran's current inflation rate at 20 percent to 25 percent, up from about 14 percent in 2009.  Economic sanctions by the U.S. and other countries are causing Iran's rial to fall through the basement.

When the government saw its citizens reacting to the new sanctions by buying more gold, U.S. dollars and euros, it clamped down hard.  Officials made investors wait months to buy gold.  The government now has restricted currency trades to government-run exchange bureaus. The bureaus offer unfavorable rates, another incentive for Iranians to turn to real estate.

But even in the real estate sector, the government is moving quickly. It has barred the resale of homes within a year, hoping that move will curb property speculation.  Demand is now coming from long-term buyers instead of speculators who pushed prices up before 2008.

Construction always has been one of the most important sectors in Iran accounting for 20 percent to 50 percent of total private investment in urban areas and one of the prime investment targets of affluent Iranians, according to the most recent white papers published on that country's economy.

Building permits issued in Tehran jumped 87 percent in the June-August 2011 period from a year earlier.

Residential prices have risen at least 15 percent in the past three months. An apartment in Tehran is now more than twice as expensive as one in wealthier Istanbul.

In northern Tehran, prices in some areas are rising about 150 million rials per square meter, an increase of almost 20 percent over the last 12 months. Raw material, labor and transportation costs are soaring to highs rarely seen in this country.

The central bank has allowed the rial to depreciate by 8.5 percent against the dollar. That has pushed prices higher, adding to the impact of the government's phasing out of subsidies on fuel and food.

Tehran's last housing boom was in 2007 and early 2008, when high oil prices spread money through the economy and banks offered loans at rock-bottom interest rates. Then real estate prices plunged more than 30 percent from the summer of 2008 to mid-2009 when the global economic crisis drove oil prices down.