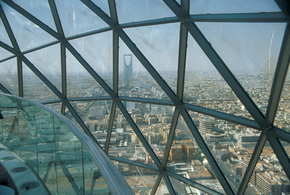 Leave it to the Chinese to constantly find new revenue avenues.

The latest is in Saudi Arabia where the kingdom plans to begin an estimated $100 billion worth of infrastructure projects by 2016, according to various media sources in China.

The China Daily reports China will be the likely source for much of the construction material required by Saudi developers.

"China's building material companies in the Saudi market will help those with low incomes to build their houses on less expensive budgets," Banoon said. "They would also add to the total market value of real estate in the Gulf region if companies started to rely on Chinese building material for future projects,"

Banoon said China's business and government officials are expected to promote the country's building materials and other construction-related goods in Riyadh this December at the Third China Commodities Expo-Saudi Arabia.

"The fair will help promote brand recognition for made-in-China products and hopefully help us build a future platform for suppliers and buyers," Chen Feng, chairman of the China Chamber of Commerce of Metals, Minerals & Chemicals Importers and Exporters, told the newspaper.

Xie Zhongmei, director of the Department of West Asian and African Affairs at China's Ministry of Commerce, told China Daily trade between the two countries grew nearly 30 percent year-on-year to $38 billion in the first half this year.

Wie estimated annual trade between the two countries would reach $70 billion this year, with an annual growth rate continuing at 30 to 40 percent.

"It is a trend we expect to continue," Philip Southwell, Bank of America Merrill Lynch president and country executive, Middle East and North Africa, also told the publication.

"With its young and expanding population, Saudi Arabia should remain the most buoyant market, in line with its overall economic development plan," Southwell said... "Furthermore, the recent approval of the mortgage law should help to drive growth in residential construction in response to the current housing shortage."

Over the medium term, the sector is forecast to continue average growth of 5.6 percent between 2012 and 2016.

One of the most dynamic sub-sectors in Saudi Arabia has been power plants and transmission and distribution (T&D), with the $80 billion, 10-year investment plan for electricity infrastructure (2008-2018) having led to significant activity in the energy sector.

BMI estimates that there are power projects worth $30 billion under way or in the pipeline, with the majority of these including the construction of new capacity.

Saudi Gazette.com.sa notes the transport segment is also booming, especially in rail infrastructure, with $24 billion of projects currently under way or in the pipeline.

Tahir Rabani, Capital Projects Advisory, Saudi Arabia, said the Kingdom's construction market is expected to be one of the most buoyant in the world. Greater integration across the Kingdom will promote economic stability, job growth and ultimately benefit the real estate markets, Rabani said.