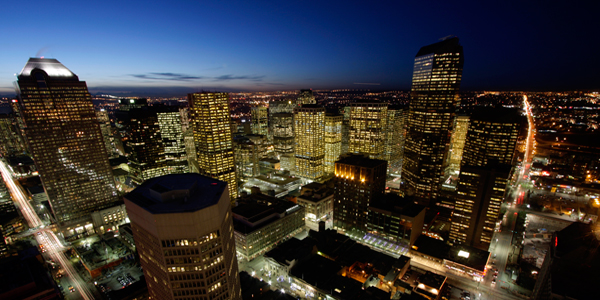 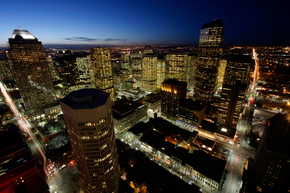 It's hard to argue with figures but Calgary, Alberta, Canada has been ranked as the No. 1 choice in 2011 by international commercial real estate investors.

The ranking was made by London-based Investment Property Databank Ltd. The survey excluded China and some other Asian countries. The top 10 best-city locations were all in North America.

The Canadian city benefited from its booming oil and gas industries and a restricted supply of real estate, according to the research firm.

Looking for stability on their assets, investors found rental income and higher property values in Calgary produced a return of 21.6 per cent.

Not even London and New York could top that level.  London had a 6 per cent gain in property values last year, the most in Europe, while New York real estate appreciated by 8.6 per cent.

Sydney and Cape Town, also dominated by commodity companies, generated returns of 9.9 per cent and 11.2 per cent.

Nineteen cities, including Boston, Denver and Montreal, had returns of more than 12 per cent, the survey showed.

That level of returns is probably not sustainable because it was driven by investors seeking a haven for their money or to profit from a recovery in local property markets, Hughes told Bloomberg.

In a news release, Peter Hobbs, senior director, International Property Databank, said, "The financial centers of London and New York benefit from the quality of real estate and tenants as well as market transparency and liquidity."

The US and Canadian markets recovered from the global credit crisis about 12 months after Europe, IPD said.

Dublin was the worst-performing market covered by the survey, producing a loss of 1.9 per cent.

An investment in the capital of Ireland returned 0.6 per cent during the past decade as rental income was almost completely erased by the collapse in real estate values, IPD said.

The best-performing cities of the past decade were Cape Town and Johannesburg, returning 19.4 per cent and 17.3 per cent, according to the survey

Investment Property Databank Ltd. was founded in 1985 and is based in London. The research company has local offices in Australia, France, Germany, Sweden, South Africa, and the United States.

With invested assets of about $580 billion U.S. and offices in 25 countries, UBS Global Asset Management is a leading fund house in Europe, the largest mutual fund manager in Switzerland and one of the largest portfolios of hedge funds and real estate investment managers in the world, according to its website.