U.S. Bank Repossessions Down 5 Percent in March, Lowest Since 2007

According to RealtyTrac's latest U.S. Foreclosure Market Report for March 2014, U.S. foreclosure filings -- default notices, scheduled auctions and bank repossessions -- were reported on 117,485 U.S. properties in March, a 4 percent increase from February but still down 23 percent from a March 2013. 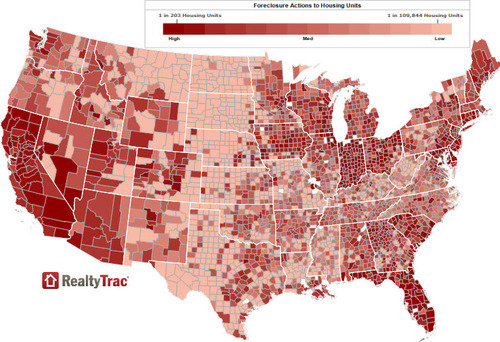 "Banks will also now be able to devote more resources to dealing with the lingering inventory of nearly half a million already-foreclosed homes that still need to be sold," Blomquist continued. "Our estimates indicate only 10 percent of these bank-owned properties are listed for sale and more than half are still occupied by the former homeowner or tenant."

More than half of all bank-owned properties still occupied

"There are always going to be homeowners who aren't able to make their house payments, but we are definitely back to a normal foreclosure rate," said Sheldon Detrick, CEO of Prudential Detrick/Alliance Realty, covering the Oklahoma City and Tulsa, Okla. markets, noting that first quarter foreclosure activity in Oklahoma dropped to its lowest level since the second quarter of 2007.  "The distressed listings we're seeing in the Oklahoma market are zombie and vampire foreclosures, where properties have either been lost in litigation or held off of the market until now."

"Foreclosure activity is down 34 percent in the Nashville-Murfreesboro MSA at the end of the first quarter compared to last year," said Bob Parks, CEO of Bob Parks Realty, covering the mid-Tennessee market.  "This continued decline in total foreclosure activity mirrors our recovering housing market and return to normalcy."

Average time to complete foreclosure up to 572 days nationwide 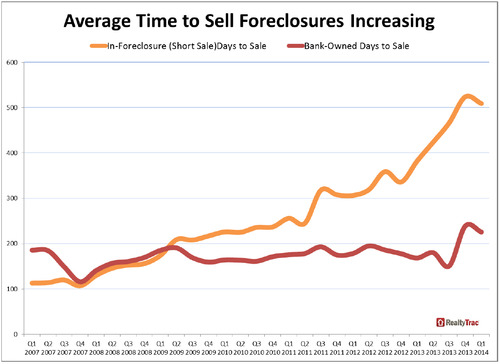 New Jersey overtook New York as the state with the longest average time to foreclose in the first quarter with an average of 1,103 days to complete foreclosure. That was followed by New York (986 days), Florida (935 days), Hawaii (840 days), and Illinois (830 days).

"Distressed properties are not a huge part of the Southern California market at this point in time and haven't been for quite a while," said Chris Pollinger, senior vice president of sales at First Team Real Estate, covering the Southern California market, where the average time to foreclose decreased slightly in the first quarter.  "Since the market has significantly rebounded and home prices have increased, we are seeing banks moving through foreclosures at a faster pace because the current level of housing inventory can support it."

"Foreclosure filings have noticeably dropped in the Ohio market, but we have equally noticed lenders taking more properties back at sheriff's auctions and through deed in lieu activities, which has been adding to the REO inventory," said Michael Mahon, executive vice president/broker at HER Realtors, covering the Cincinnati, Columbus and Dayton, Ohio markets, noting that Ohio has the nation's seventh largest REO inventory.  "We believe that lenders are taking in more REO inventory in an attempt to take advantage of increasing equity of homes that has occurred in recent months due to lower available inventory in the overall Ohio markets."

Nevada foreclosure activity in the first quarter decreased 8 percent from the previous quarter and was down 48 percent from a year ago, but the state still posted the nation's third-highest state foreclosure rate: one in every 129 housing units with a foreclosure filing.

New Jersey foreclosure activity increased 108 percent annually in February, and the state posted the nation's fourth highest state foreclosure rate -- one in every 739 housing units with a foreclosure filing. The No. 4 ranking was the highest ranking for New Jersey since October 2005.

With one in every 99 housing units with a foreclosure filing in the first quarter, Port St. Lucie, Fla., posted the highest foreclosure rate among metropolitan statistical areas with a population of 200,000 or more.

Among the nation's 20 largest metropolitan areas based on population, the highest foreclosure rates were in Miami, Tampa, Chicago, Riverside, Calif., and Baltimore. Foreclosure activity declined annually in 16 of the 20 largest metros, but it increased in Washington, D.C. (up 28 percent), New York (up 21 percent), Baltimore (up 19 percent), and Philadelphia (up 10 percent). 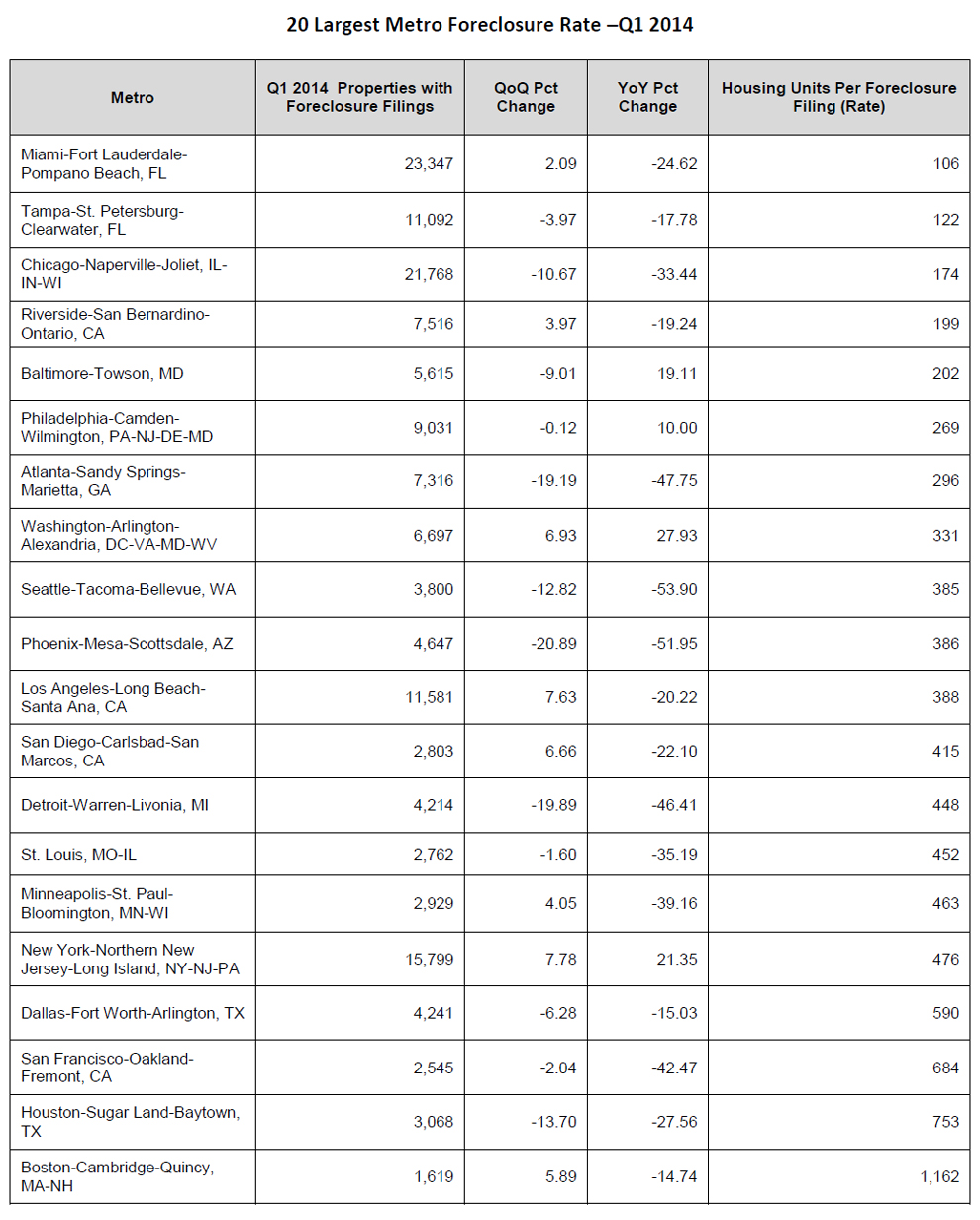