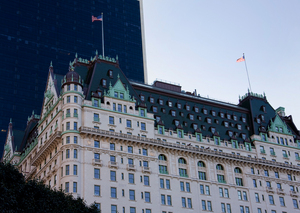 Quick now. Who are the biggest spenders on U.S. luxury residential properties?  The Chinese? The Japanese? The Brazilians?  Donald Trump?

The Russians. That's who.  According to RT-TV Moscow, billionaires from Russia and the former Soviet Union, have spent $1 billion in acquiring trophy American luxury homes in the past four years. And then they invested millions more in upgrades and fancy renovations.

All this while the world, including Russia, struggles to come out of the worst depression in 80 years. The Russians see their purchases as new status symbols.

Billionaires from China, India and Brazil continue to purchase trophy properties in the U.S. but they can't match the zeal or the pocketbooks of the Russkies, according to researchers and analysts who monitor such activity.

For instance, two of the most priciest properties earlier this year were purchased by Dmitry Rybolovlev, billionaire and former owner of one of Russia's largest potash fertilizer concerns, Uralkali.

He bought the most expensive New York apartment at 15 Central Park West for $88 million and then bought Donald Trump's Palm Beach villa for $100 million.

The Who's Who roster of Russian billionaires writing checks for AAA American residences grows monthly. 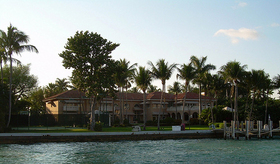 Russian composer and music producer Igor Crutoy paid $48 million for a flat at the Plaza Hotel in New York City.

The owner of Russian Standard Bank and Russian Standard Vodka, Roustam Tariko, closed the most expensive home purchase in Miami Beach since 2006 when he bought a $25.5 million estate in April 2011.

These mega-sized deals have pushed prices of other landmark residential properties to new highs. For example, the penthouse at 157 West 57th Street, New York's tallest residential building, is now selling for $115 million, up from the original $98 million listing.

So far, the Russian billionaires are favoring New York, California and Florida, which also happen to be popular business and vacation destinations for foreigners.