European countries account for six of the top ten this quarter with Hungary (9.2%) making its fourth consecutive appearance in the top ten rankings.

China witnessed resurgent price growth in the first quarter of 2019 taking annual growth at a national level to 11.6%. Whilst we expect Hong Kong prices to remain largely stable during the remainder of 2019, the Greater Bay Area (excluding Hong Kong and Macau) will see continued growth, albeit in single digits. Across the rest of Mainland China we expect price inflation to be tightly controlled via a range of stringent policy measures.

In April, six Chinese cities were warned to  stabilize land and house price inflation and in May the Ministry of Housing and Urban-Rural Development extended these warnings to another four; Suzhou, Foshan, Dalian and Nanning.

All Change in Time

Greece's housing market gained momentum in 2018 but there is still far to go. Prices sit 40.8% below their peak in Q3 2008 but the country has now registered four quarters of positive annual growth.

Three years ago the US and UK sat side-by-side in the rankings but 17 places now separate the two countries. Despite posting annual growth of 3.7%, the rate of growth across the US is slowing, down from 6.5% in Q1 2018.

In the UK, political uncertainty has led to a "wait and see" effect with prices up 1.4% over the 12-month period.

Overall, the index increased by 3.9% in the year to Q1 2019; the index's weakest rate of annual growth in three years. Rising risks to global economic growth in the form of trade tensions, weaker Chinese GDP growth and prolonged Brexit negotiations are influencing buyer sentiment. News that the Australian Central Bank has cut interest rates and the Federal Reserve may follow their lead later this year could provide some stimulus. 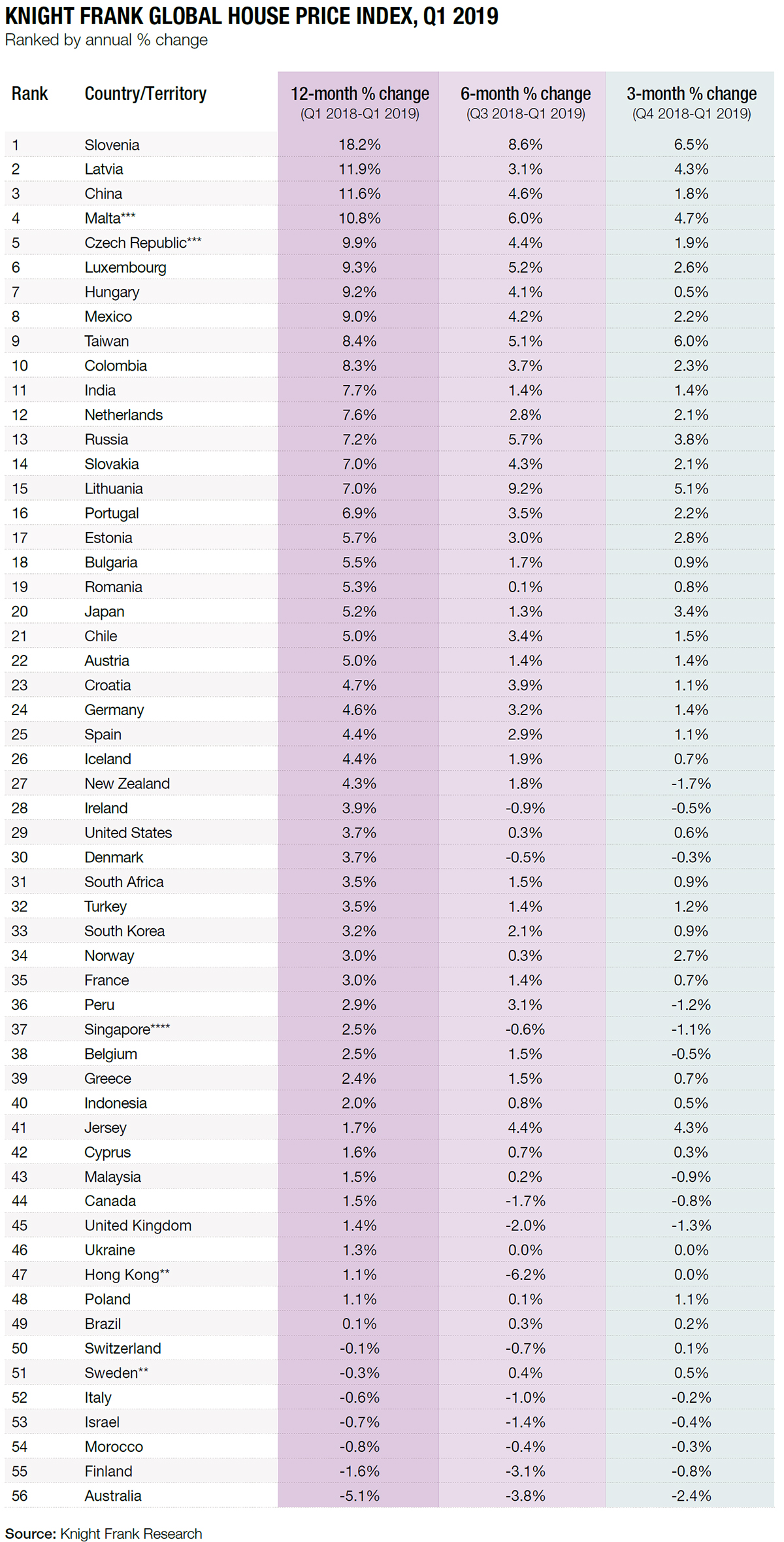 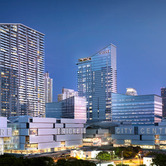 Major metropolitan office markets across the globe are seeing a significant increase in the adoption of "green" building certification programs. 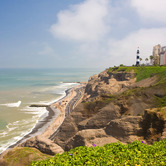 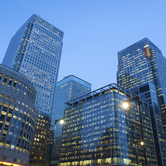 London's West End continued to be the world's highest-priced office market but Asia dominated the world's most expensive office locations.