As we enter prime wildfire season in the Western U.S., over the past several years, the United States has experienced successive record-breaking wildfires. 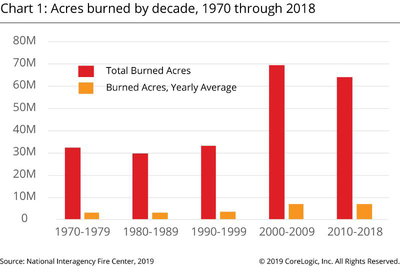 According to a new 2019 Wildfire Risk Hazard Report by CoreLogic, in 2018 alone, 8,767,492 acres burned, roughly equivalent to the area of 74 of the 75 largest cities in the United States combined. This is the sixth highest total since modern historical records began in the mid-1900s.

CoreLogic further reports that 2004 was the first time over 8 million acres burned in one year. During the next 14 years, more than 8 million acres burned annually another eight times, making nine of the last 14 years the highest annual totals of burned wildfire acreage. A multi-decade comparison of burned acreage shows that over the last 20 years there has been a shift towards increased burned acreage. In that same timeframe, larger and more devastating wildfire events have occurred.


Wildfire is a unique peril because the level of damage is often binary - a home is either left untouched by the fire or a total loss occurs. A patchwork of devastation occurs as fires pass by some properties indiscriminately while surrounding homes are reduced to ash. Unlike flooding or hail, it can and often does result in a 100% loss of the structure. Post-event studies have shown that structural hardening increases a home's resistance to fire, but all too often luck seems to play a part, too.

There is no state that is completely free from wildfire risk, but historic wildfire data from CoreLogic indicates that the 13 Western states are the most commonly affected and have an expectation of property losses due to wildfire. 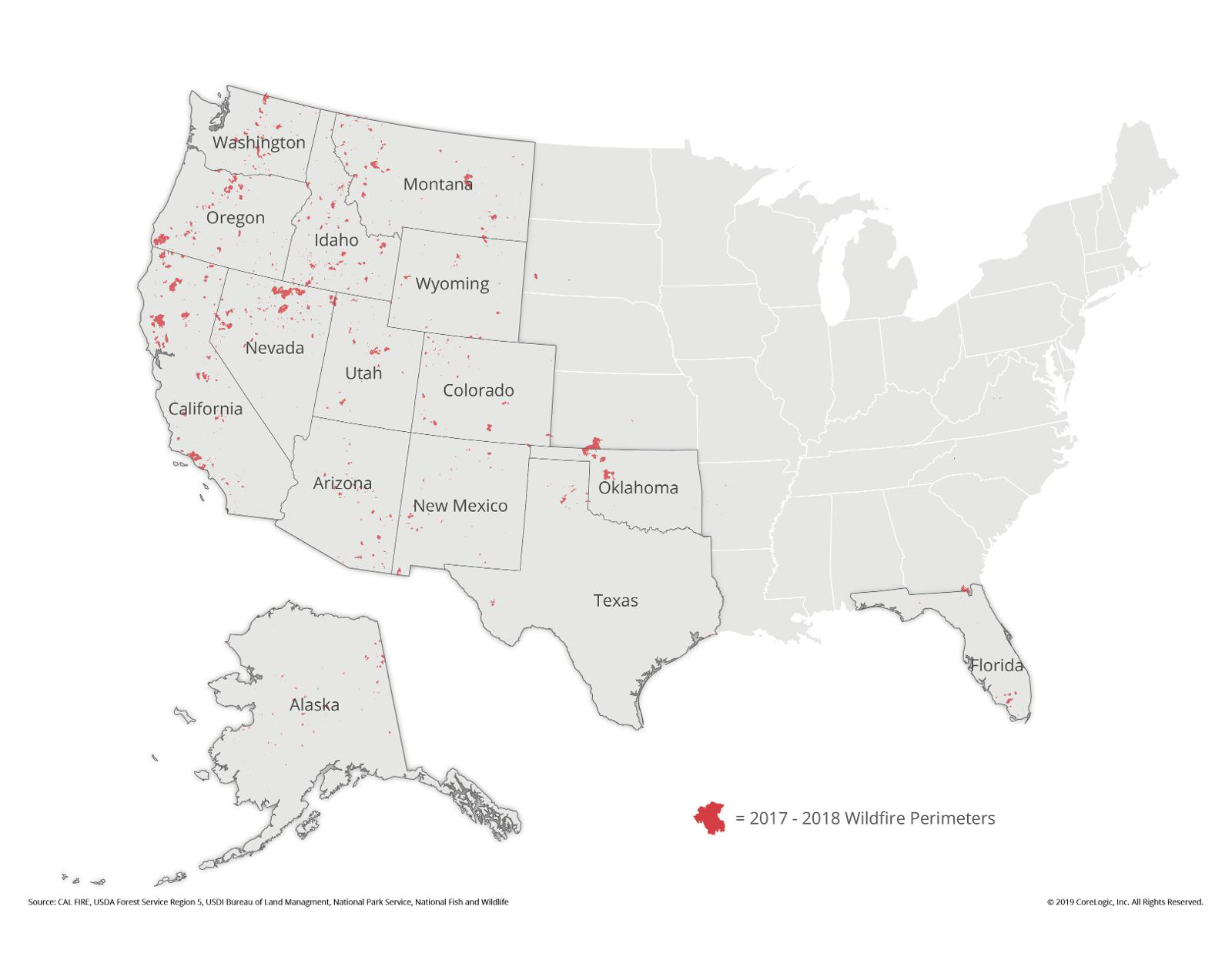