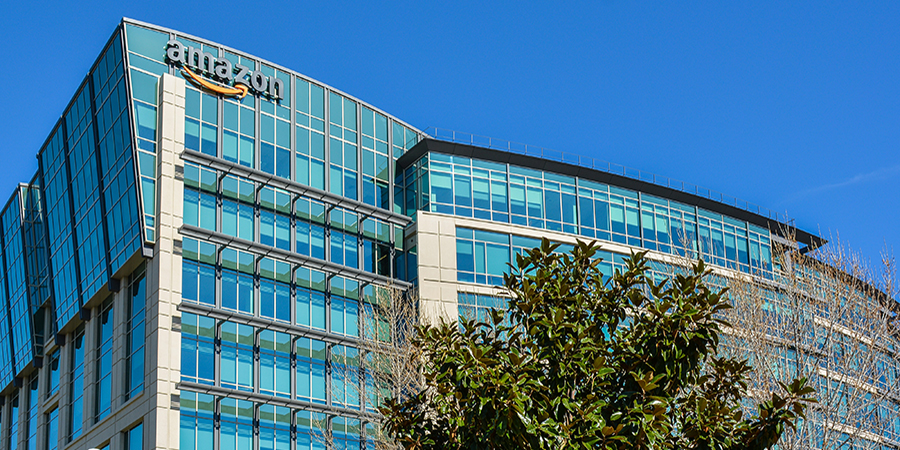 Right now, Amazon has pulled slightly ahead of Trump on the headline scale. The Seattle-based retail conglomerate earlier this week briefly teased viewers on its web site with a definite hint it will shortly be entering the already crowded real estate referral market.

The Amazon page on which the tease appeared was online for only several minutes before being taken down. The page was located in the Home and Business Services section. This section aims to connect customers with experts in home improvement, electronics, installation and various other related services.

But before disappearing, a link on the page asked users to enter their zip code. It also showed a "Coming Soon" blip, along with an option to receive an e-mail when the service is made fully available.

Amazon would join Facebook and Google as a potential source of business for real estate agents. Amazon's planned service would allow consumers to hire a real estate agent through its web site.

Agents would pay referral fees to Amazon in exchange for the new business. Besides real estate agents, home inspectors are among the many vendors that could generate new business through the new Amazon service.

Zillow and Redfin, also both based in Seattle, are among Amazon's main competitors.

According to Zillow, it sells ads to real estate agents, mortgage brokers and landlords on its sites. Those sites include Zillow, Trulia, StreetEasy, HotPads and Naked Apartments. Zillow says it does not charge for home or apartment listings, hire agents or get paid directly for referrals or transactions.

Zillow states its main business is selling prime placement to 'premier agents' on real estate ads. That might help buyers who are interested in a particular listing. If so, the hope is they would then call that agent first.

Zillow, for one, now knows Amazon's plans could affect its lifeline. The company's stock fell $1.77 per share to $44.62 after Amazon's teaser page was removed. The stock slippage came on a day when all other markets were doing well.  Dow Jones was up 11 percent; S&P up 17% and the NASDAQ up 22 percent.

Bezos, the 53-year-old billionaire founder, chairman and CEO of Amazon, was expected to make a formal announcement shortly, according to various news-gathering sources who follow Amazon's activities daily.

Although he is also big-league newspaper publisher, Bezos is not known for trumpeting major acquisitions before they are done deals. For example, he purchased The Washington Post for $250 million in an all-cash transaction on Oct. 1, 2013. He then quietly created Nash Holdings LLC, a holding company which actually owns the newspaper.

On June 16, Bezos also confirmed he paid $13.7 billion to acquire Whole Foods Market of Austin, TX. That would make Bezos one of the largest grocers in America and place him in direct competition with other non-food-core conglomerates like Bentonville, AR-based Walmart.

Blake Morgan, a San Francisco, CA-based author and keynote speaker at corporate functions, believes Bezos will be taking Amazon into even more unpredictable retail turf in the near future.

In her blog, she writes Amazon "has been brilliant in its ability to have vision--to think outside its industry.

"The company doesn't ever limit itself or its identity. The company's identity shifts overnight, and (it) is willing to make risky bets without an identity crisis." The end result, she concludes: "The customers benefit."