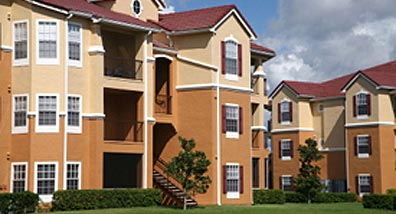 It wasn't any earth-shattering news, but a new report from accounting firm Pricewaterhouse Coopers LLP (PwC) is at least a little cheering to commercial real estate investors.

The report finds investors are ready and able to do deals even though the U.S. economy continues to improve at a snail's pace.

However, the office markets in Chicago, Las Vegas, Los Angeles and Tampa will continue to hurt through 2012.

The multifamily sector is improving the quickest.

"Surveyed investors sense that the commercial real estate industry is moving past the bottom of the cycle, but the speed at which the U.S. economy is improving fundamentals has been slow and uneven at best," said Mitch Roschelle, partner, U.S. real estate advisory practice leader, PwC.

"However, as investors become more confident about the long-awaited recovery of the industry, they are eager to get deals done.

"This bodes well for the industry as the volume of capital chasing deals is expected to increase in all sectors as investors work to deploy capital before interest rates rise, overall cap rates increase, and the industry shifts more in favor of sellers."

According to the report's 'barometer', the majority of office stock will be in recovery by year-end 2011 due to a lack of new supply and signs of decreasing vacancy for the U.S. office market.

Even though job creation remains a concern, recovery is on the horizon with 86.2 percent of the U.S. office sector out of the market bottom by year-end 2012.

In contrast, individual office markets that are expected to remain in recession through 2012 include Chicago, Las Vegas, Los Angeles, and Tampa.

For the retail market, inconsistent consumer spending and inflationary fears will keep the majority of retail stock (76.6 percent) in recession through 2012.

A recovery will materialize by year-end 2013, with 77.1 percent of retail inventory in that phase.

Individual retail markets that are expected to perform better than this sector as a whole include Long Island, Nashville, and Fairfield County, which are each expected to be in recovery through 2012.

Availability rates for the U.S. industrial sector are expected to peak in 2011 as tenant demand strengthens on the heels of a growing economy.

As imports and exports increase, a larger portion of industrial stock will enter the expansion phase in 2013 and 2014 (20.9 and 40.6 percent, respectively). Individual industrial markets that are expected to lag this sector as a whole include Tampa, Akron, Cleveland, and Minneapolis.

The U.S. multifamily sector is well ahead of the other three sectors in terms of recovery.

As tighter lending restrictions limit home-buying opportunities, pent-up housing demand will enlarge the portion of multifamily stock in the expansion phase through 2014, when it hits 30.2 percent.

Two multifamily markets that are not expected to enter the expansion phase over the near term include New Orleans (in recovery through 2014) and Syracuse (in recession through 2014).