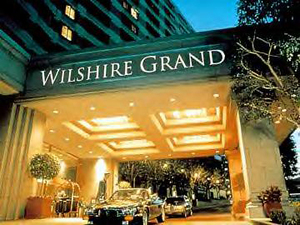 In a time when 15 million Americans are out of work, this planned billion-dollar redevelopment in Downtown Los Angeles has perked up numerous ears around the country.

In a Dec. 15 update and at a Dec. 16 press conference, the Los Angeles City Council and the media heard L.A.-based Thomas Properties Group chairman James A. Thomas, Korean Air officials and other civic group representatives review progress for the mammoth project.

Plans for the approximately 2.5 million-square-foot project proposed to replace the 3.2-acre Wilshire Grand Hotel and office building were announced in April 2009 and since then the project has been moving through the city's public review process.

The project will create an estimated 7,000 on-site construction jobs and an additional 5,000 construction-related jobs for the City of Los Angeles. 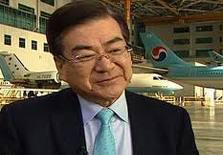 He said the project will add more than 12,000 jobs to a city struggling with record unemployment, and bring the first new Class-A office building to downtown L.A. in more than two decades.

"Challenges are opportunities for growth, and hard times are the best times for investment," Cho said. "We're in the middle of an exciting, emerging downtown."

Cho, a University of Southern California alumnus and Board of Trustees member, who also owns the Wilshire Grand Hotel, discussed the landmark property's closure to make way for the redevelopment.

"For everything there is a season, and this grand hotel's season has come to an end," Cho said of the hotel, which opened in 1952 at Wilshire Boulevard and Figueroa Avenue. 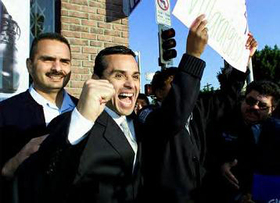 More than 8,000 construction jobs will come downtown when the redevelopment gets under way. When the project is complete, about 4,000 people are expected to work in the new facilities -- all designed to exceed Green Building Council standards.

During his speech titled "Planes, Cranes and Change," Cho also discussed the importance of improving LAX, the state of the airline industry and its critical role in global economics.

Los Angeles serves as Korean Air's North and South American headquarters. The airline is one of the city's largest foreign employers.

Cho also is chairman of Hanjin Group, a global shipping corporation with a significant economic impact in L.A.

Town Hall Los Angeles has been a nonprofit, nonpartisan membership organization since 1937.

Korean Air, with a fleet of 130 aircraft, is one of the world's top 20 airlines with almost 400 passenger flights per day to 117 cities in 39 countries.

"This exciting and bold new project is a major step forward in our efforts to add green, multi-use developments to the center of our city," Los Angeles Mayor Villaraigosa said.

"Standing just a few blocks from Staples Center and L.A. Live, the Wilshire Grand redevelopment effort will help revitalize downtown, and we look forward to seeing this proposal proceed through the public review process and produce a new landmark that benefits Los Angeles, the community, and the local economy."