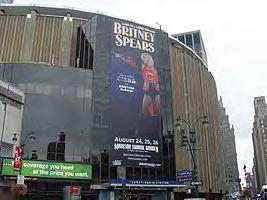 It's true. They seldom do anything small in the Big Apple. Madison Square Garden (MSG), often called the most famous sports and entertainment arena in the world, is getting ready for a $977 million renovation, its first in 43 years.

The renovation is expected to begin this year during the off-seasons of the Knicks and Rangers.

The Garden had other locations, no longer standing, in1879, 1890 and 1925, according to Wikipedia.  Madison Square Garden Inc. is the current owner. 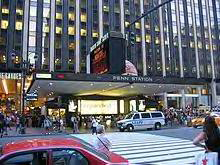 The company reported a 40% rise in fourth-quarter profit.

In a prepared statement Garden CEO Hank Ratner said it would be "imprudent" at this time to forecast the total final cost of the long-awaited renovation of Madison Square Garden.

However, he said the company is budgeting for more than $977 million. Previously, MSG had pegged the total cost of the renovation at between $775 million and $850 million.

Ratner said the company, once part of Cablevision Systems Corp., had moved up some construction plans, making them a bit more costly. He added that the project overall is proceeding as expected.

Ratner also said MSG is weighing an option to acquire the L.A. Forum, former home of the Los Angeles Lakers. That arena is owned by Forum Enterprises, the for-profit arm of Faithful Central Bible Church. The price MSG is considering paying for the Forum has been estimated at $25 million.

The renovation is expected to modernize the arena by adding more amenities, including luxury suites that will be located closer to performances.

The Knicks recently basketball stars Carmelo Anthony and Chauncey Billups for its roster, but MSG said it doesn't expect to pay a so-called luxury tax to the National Basketball Association this year, which has been a concern for investors, according to Nat Worden of Dowjones.com.

Revenue at MSG Media, the company's largest segment, rose 12%. The segment, which includes MSG Networks and the music network Fuse, drew in more from both affiliate fees and advertising sales in 2010.