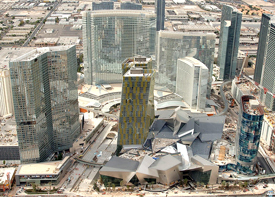 Two of the biggest names in the international commercial engineering and construction realms have married.

Tishman was founded in New York in 1898 by the great-grandfather of the company's current chairman and chief executive, Daniel Tishman, 55. He will become a vice chairman of Aecom and a member of its board.

"When we first started talking I said 'Dan, are you going fishing?' and he said 'No I'm not,"' said John Dionisio, Aecom's CEO. "If he was leaving, this deal wasn't happening."

Though connected decades ago, the company has no business relationship with Tishman Speyer Properties, the prominent landlord that has run into financial woes with some of its top-of-the-market real-estate deals, according to The Wall Street Journal.

Another related company, Tishman Hotel & Realty LP, whose stable of properties includes the new Intercontinental New York Times Square, is also not part of the transaction.

A publicly traded company with $6 billion in annual revenues and 45,000 employees, Aecom derives roughly three-quarters of its business from government contracts. 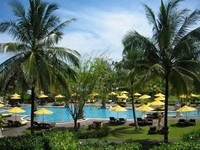 Tishman, a closely held firm with about $1 billion in revenue, generates about 40% of its business from public-sector work. Last year Tishman opened an office in Abu Dhabi, where it is developing several projects including an Angsana Resort and Spa.

Aecom and Tishman Construction have overseen some of the world's largest complex construction projects. Aecom is currently working on New York City's new Second Avenue subway and Saadiyat Island, a $30 billion development off the coast of Abu Dhabi. 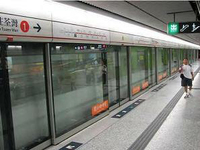 It is also handling the construction of One World Trade Center, which at 1,776 feet is expected to become the tallest building in the U.S.

The U.S. construction industry continues to struggle and some U.S. firms look abroad for new sources of business.

Both Aecon and Tishman have weathered the downturn, benefiting from increased government spending on infrastructure world-wide, even as private-sector construction has sputtered, according to the WSJ.

Economists expect spending on U.S. nonresidential construction to drop 20% in 2010 compared with last year, according to a recent survey by the American Institute of Architects. 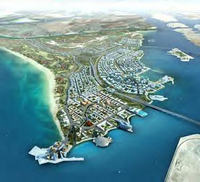 "For the most part, construction still seems to be dead in the water," said Ken Simonson, chief economist for the Associated General Contractors of America.

The acquisition of Tishman expands Aecom's construction-management unit, which is among the higher-margin businesses in the company's stable.

Aecom, originally a unit of chemicals company Ashland Inc., has grown largely through acquisition, acquiring 36 businesses around the world -- from architecture firms to engineering outfits to environmental companies--over the past five years.