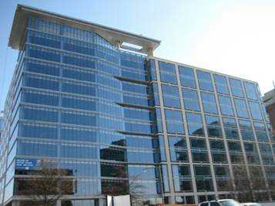 Bethesda, MD-based StonebridgeCarras and Walton Street Capital of Chicago today share the honor of being one of the few office developers in the U.S. to bring a prime, Class A property to 100% occupancy in 2010.

Bringing the 329,251-square-foot One Constitution Square to fully leased status was the 40,996-square-foot lease signed by the federal General Services Administration, the largest office landlord in the U.S.

The developers didn't disclose terms of the lease.  However, DC office brokers familiar with the property and the area estimate GSA paid an average $20 per square foot for the entire 329,251 square feet.  They estimate the lease is for at least 10 years.

That would bring the estimated value of the transaction to $$6.59 million for one year and $65.59 million for 10 years.  It would be one of the biggest office leases signed in the Northeast over the last five years, according to several industry sources.

The commercial space within the 1.6 million SF first phase of Constitution Square is now 99 percent pre-leased.

Constitution Square is the largest private development in DC and one of the largest in the entire Northeast, according to industry sources.

The project also has one million additional square feet of future office, residential, and retail development.

GSA will use the space for its headquarters office while the agency's existing building at 1800 F Street, N.W. is undergoing modernization. With this lease expansion,

"This expansion by the GSA, combined with our recent retail leases, brings the commercial elements of our 1.6 million square foot first phase of Constitution Square to more than 99 percent pre-leased - an amazing accomplishment in this market," said StonebridgeCarras Principal Doug Firstenberg.

"We are excited to welcome GSA to the NoMa neighborhood, which is fast becoming a landmark location."

"Beginning with the Department of Justice and continuing with the General Services Administration, the combined 905,000 square feet of federal leases were realized because of the positive attributes of Constitution Square and the NoMa submarket," commented Cassidy's LeBlanc. 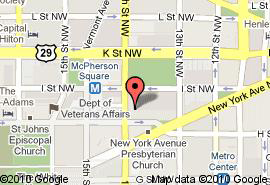 NoMa is one of the last remaining areas in Washington, DC that offers opportunities for large-scale infill development. Constitution Square, situated at the epicenter of the dynamic NoMa submarket, unites office, residential, hotel, and retail space with a unique location.

The property is adjacent to both entrances of the New York Avenue Metrorail station and at the commercial, vehicular, and pedestrian heart of NoMa.

During the past 20 years, the principals of StonebridgeCarras, LLC have been involved in the acquisition, development, joint venture, financing, and disposition of real estate assets in the Washington area exceeding $5.0 billion in value.

Walton Street Capital, L.L.C. was founded in 1995 and is a premier private real estate investment company operating in the U.S. and abroad.

Since its inception, Walton Street has received equity commitments in excess of $4.5 billion from public and corporate pension funds, foreign institutions, endowments and foundations, trusts, and high net worth individuals.

Through its series of opportunistic and value-added funds, Walton Street has invested or committed to invest more than $3.5 billion of equity in approximately 160 separate transactions totaling over $13 billion of gross assets in the U.S. and abroad.

These transactions include the development and acquisition of office, hotel, retail, industrial, multi-family, for-sale residential, senior and student housing, and golf assets through individual, portfolio, and company-level transactions.