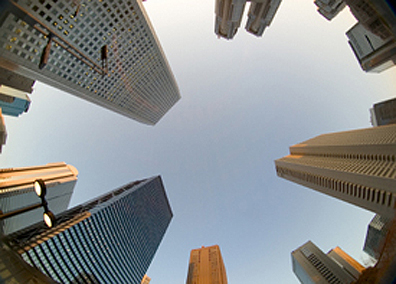 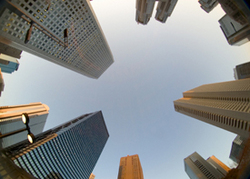 Bad news for some suburban office building landlords. Vacancies are rising as downtown buildings fill up, according to several research groups that track these trends.

"Combined with more job functions being outsourced or mechanized, demand for suburban-office space will just not be as strong as before, unless landlords lower rents significantly," Victor Calanog, research director of Reis Inc., tells The Wall Street Journal.

"All of these factors imply lower returns for REITs focused on suburban-office space," Calanog predicts.

Curiously, however, the shares of both downtown- and suburban-office-building companies have performed strongly this year, the WSJ reports.  REIT investors are betting that the performance of suburban landlords will rebound on strong jobs growth in the next few years, the newspaper states.

As an example of slumping suburban office occupancy, the WSJ cites Mack-Cali Realty Corp., one of New Jersey's largest commercial landlords. Mack-Cali saw its occupancy fall to 89.1% at the end of 2010 from 90.1% a year earlier.

The occupancy rate of Radnor, PA-based Brandywine Realty Trust, an owner of suburban-office buildings in Philadelphia, metropolitan Washington and central Virginia, fell to 85.8% at the end of the fourth quarter from 88.5% at the end of 2009.

Both Mack-Cali and Brandywine saw slight occupancy improvements between the ends of the third quarter and the fourth quarter, the WSJ reports.

Meanwhile, the leading downtown-office-building landlords are enjoying occupancy rates well over 90%. Boston Properties Inc.'s occupancy rate in the central business district in greater Boston and Washington was 97.8% and 93.7%, respectively, at the fourth-quarter end.

S.L. Green Realty Trust has experienced both markets. The largest office-building landlord in New York City, Green's Manhattan occupancy was 94.6% at year end, about the same as a year earlier, according to the WSJ.

Both suburban- and downtown-office landlords have been forced to cut rents during the downturn. But some of the suburban cuts have been sharper and rates have bounced back faster in some cities, according to the WSJ.

For example, tenants who signed leases in SL Green's Manhattan buildings in the fourth quarter are paying rents that are 3% lower than those of the tenants vacating that space. Brandywine's and Mack-Cali's rents fell 8% and 7.7%, respectively, in that period.

The relative strength of major downtown markets contrasts with trends after the last recessions, the WSJ points out. For decades, the suburbs have outpaced downtowns as companies and their employees sought lower rents, shorter commutes and car-oriented lifestyles.

But this downturn was different. Suburban-office buildings accounted for 70% of the 135 million square feet of occupied space that has gone vacant since the beginning of the recession a little over three years ago, according to Reis Inc.

Downtowns are performing better partly because the suburbs were hit harder by the housing collapse, which caused the closings of mortgage lenders, home builders and other small businesses that tend to be in the suburbs.

Also, there was more construction in the suburbs than downtowns during the boom.