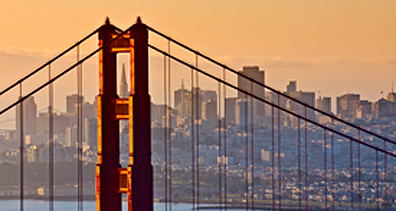 (LOS ANGELES, CA) -- Based on the latest data from the California Association of Realtors (C.A.R.), increased  economic uncertainty contributed to a decrease in California home sales in September. However, September home sales posted higher on a year-to-year basis for the third consecutive month and remain at stable levels.

Closed escrow sales of existing, single-family detached homes in California fell to a seasonally adjusted 487,940 units in September, down 2.1 percent from a revised 498,320 in August, according to information collected by C.A.R. from more than 90 local associations and MLSs statewide.  However, September home sales were up 4.1 percent from the revised 468,700 units sold during the like period a year ago.  The statewide sales figure represents what would be the total number of homes sold during 2011 if sales maintained the September pace throughout the year.  It is adjusted to account for seasonal factors that typically influence home sales.

"September's sales decline was not a surprise, given the run of economic events that occurred during the time these sales were initiated, such as the debt debate, weakened stock market, and pending changes to the conforming loan limit," said C.A.R. President Beth L. Peerce.  "This heightened uncertainty, coupled with the lower conforming loan limit, which some large lenders began implementing in early July, had an adverse impact on September sales."

"While the median price declined in September, we've seen nominal month-to-month changes in the statewide median price since February, indicating some stability in home prices," said C.A.R. Vice President and Chief Economist Leslie Appleton-Young.  "Additionally, September home sales remained on track with expectations for this year, and sales for all of 2011 should be about even with last year, slightly above 490,000 units."

Other key facts of C.A.R.'s resale housing report for September 2011 include: 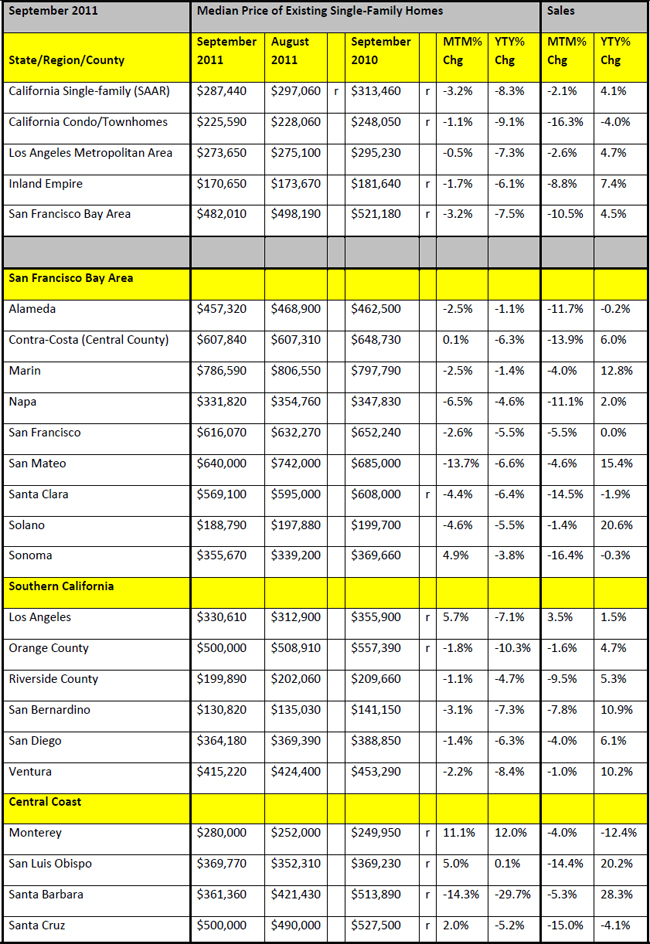