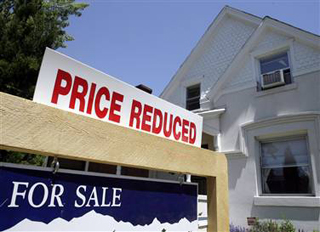 Residential News » Residential Real Estate Edition | By Alex Finkelstein | October 27, 2008 8:48 PM ET
Signup for Our Weekly Newsletter »
(SPRINGFIELD, IL and ORLANDO, FL) - They're up in Florida; down in Illinois. September sales of existing single-family homes and condominiums bring encouraging news to one sector; discouraging news to another. Prices, however, were down in both markets.

Sean Snaith, economist and director of the University of Central Florida Institute for Economic Competitiveness, says FAR's numbers represent the sixth month in a row that the sales figure has exceeded its 12-month moving average (average of the previous 12 months).

"This is a clear sign that the significant price declines that have occurred across the state are leading to a more rapid absorption of the housing inventory," Snaith says.

He adds, "That was the month following the initial wave of global fallout, precipitated by the subprime mortgage meltdown that roiled markets in August 2007."

In Illinois, Geoffrey J.D. Hewings, director of the Regional Economics Applications Laboratory at the University of Illinois, says, "If there was any good economic news in the last month, it would have to be the universal realization that the downturn in the economy has reached proportions that have many analysts suggesting it is by far the worst since the Second World War."

Hewings says "the fortunes of the (national) housing market are clearly challenged by the major downturn in the economy."  Illinois lost a further 3,700 jobs in September for a total year-to-date job loss of 14,000.

Still, says Hewings, he hasn't given up hope for a housing recovery in the near future. "With the passage of the bailout plan and the international collaborative efforts to address the systemic problems of ailing economies, there some basis for optimism that a turnaround may be possible in 2009."

Pat Callan, president, Illinois Association of Realtors, says "positives  (for  the real estate market in the coming months) are the new tax credit for first-time buyers and increased loan limits on FHA-insured mortgages."  But he cautions "some downward pressure on prices is expected as we move through the inventory of homes and some would-be buyers and sellers simply wait out uncertainty in the financial markets and economy."

The National Association of Realtors says the latest housing outlook emphasizes the importance of available credit to the mortgage market.

"Home sales will be constrained without a freer flow of credit into the mortgage market," says NAR Chief Economist Lawrence Yun.; "The faster that happens, the sooner we'll see a broad stabilization in home prices that, in turn, will help the economy recover."