(BILOXI, MS)--The company that amused and continues to amuse TV audiences for 21 years with the tagline, "We'll leave the light on for you," has chalked up another milestone today with the opening of its 1,000th Motel 6/Studio 6 property in casino-oriented Biloxi, MS. 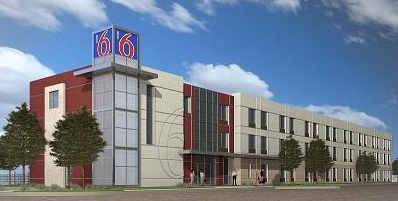 In honor of the occasion, the first guest at the 30-suite property was charged $6 for the night- the original Motel 6 room rate dating back to 1962 and the reason for the Motel 6 name. The Biloxi motel's regular rate is $49.99.

The event also represents a rebirth for Motel 6 in Biloxi, as the original location was destroyed by Hurricane Katrina in 2005.

Additionally, the property is the  first corporately-built and owned location to feature the new "Phoenix" room design. The design showcases the chain's room of the future with a modern, European boutique-style motif.

The motel is owned by Accor North America which  operates more than 950 upscale and economy properties, including nationwide economy leaders Studio 6 and Motel 6 and the upper-upscale Sofitel and upscale Novotel hotel locations in the U.S. and Canada  Accord is headquartered in the Dallas, TX suburb of Carrollton.

"The 1000th property is a great milestone in Motel 6/Studio 6 history, and we're proud to be rebuilding in Biloxi," says Olivier Poirot, CEO for Accor North America, Motel 6 and Studio 6.  "With all that this region went through during and after Katrina, Motel 6 is glad to play a small part in the rejuvenation of the Mississippi Gulf Coast."

He says, "With its many casinos, beaches, restaurants, and shopping choices, Biloxi offers entertainment and recreation opportunities for all ages. And with a prime location right across the street from the beach, the Biloxi Motel 6 is a great choice for those who want to be close to everything the city has to offer."

The property is minutes  from many of the casinos and attractions in the city, and only 10 minutes from the airport.  Many of the motel's 30 studio rooms with kitchenettes offer ocean-front views. 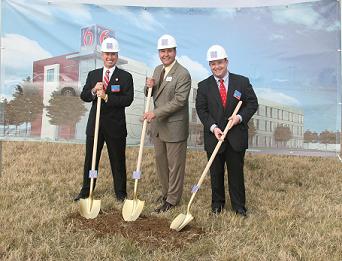 Poirot says, "The efficient, simple and modern design of the "Phoenix" represents a revolution for economy lodging in both appearance and environmentally-conscious practices.

The "Phoenix" prototype was first unveiled by Motel 6 in March 2008. In addition to the wood-effect flooring, the room also includes ambient lighting, a multi-media panel for mp3 players, CD players and laptop computers, Wi-Fi internet access, a settee/banquette seating area, and a 32-inch flat-screen TV.