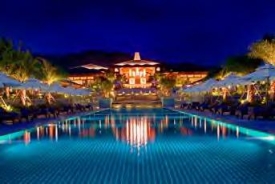 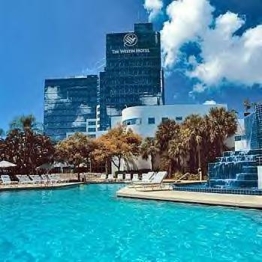 Simon Turner, president of Starwood's Global Development division says the milestone comes as part of the company's plan to open 100 hotels this year in diverse markets throughout the world.

"By working closely with our development partners, we are able to open high caliber, best-in-class hotels around the world, even during challenging economic times" says Turner.

"Starwood is building, opening, converting, renovating and innovating for the recovery and beyond, and these new hotels will further position Starwood and its development partners for long term growth and success."

Turner says, "Focused on opening the right properties in the right places with the right partners, Starwood remains on-track to expand its portfolio by more than 40 percent in the next five years."

Starwood's pipeline consists of more than 400 hotels - 60 percent of which currently are outside of the United States.

Turner says 2009 "marks a year of significant milestones and meaningful growth for Starwood and its portfolio of nine distinctive and compelling brands."

He says, "Celebrating 10 years of proven success, W Hotels will triple its portfolio in the next three years. The once New York-centric wonder is transforming into a global phenomenon, opening 13 properties this year in markets including Barcelona, Bali, Doha and Santiago, as well as Atlanta, South Beach, Hollywood and Washington D.C."

The brand is also scheduled to complete its goal of renovating nearly 100 hotels at an investment of $1.3 billion.

After opening 17 hotels in the U.S., Canada and China in 2008, Aloft will double its portfolio in 2009 with openings in Houston; Phoenix; and Abu Dhabi, UAE, among others.

And Starwood's green trailblazer, Element, expects to open five more hotels this year in U.S. markets such as Houston and Denver. 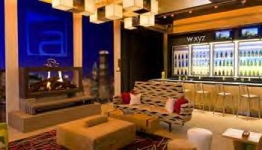 Four Points by Sheraton continues to be a major growth vehicle for Starwood and is set to open nearly 30 hotels in 2009, including one in New York City's Times Square; Albuquerque, New Mexico; Winnipeg, Canada, and its first new prototype, which is slated to be in San Antonio.

2009 began with St. Regis opening a new resort in Punta Mita, Mexico.  The luxury brand will ramp up its global expansion with plans to open an additional four hotels in 2009, including properties in Atlanta; Park City, Utah; Mexico City; and Lhasa, China.

The Luxury Collection entered the year celebrating the recent opening of a hotel in Beverly Hills and continues to grow with more than 10 hotels in its pipeline.

And Le Méridien has nearly 20 hotels in development and four openings planned this year in markets around the world. Notably, the brand is making further inroads in North America, with plans to open hotels in Dallas and Philadelphia.