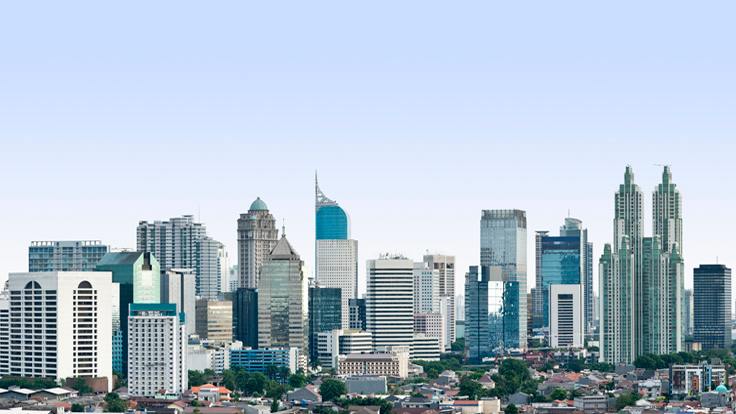 Several sovereign wealth funds, some of the largest Asia-based developers and a handful of real estate investment trusts have all been sniffing around for opportunities. Though only established international players have so far announced new projects, property brokers expect significant deal-front activity over the next year.

John van Oost, the managing partner of Singapore-based Yishan Capital Partners, has launched a new fund to invest in Southeast Asia, targeting US$250 million in assets. Indonesia is where he sees the best opportunity. Yishan has already invested in logistics centers in Jakarta and Surabaya, as well as a residential project in the capital and a shopping center in Bali, just south of the airport.

Van Oost believes that while yield may be attractive on flagship buildings in Europe, the growth in capital values for real estate while come in Asia. Still, he agrees that Indonesia isn't for everybody, given the lack of understanding with its property market and economy. "People have a lot of preconceived ideas," he said. "People either love it or don't. Even if they like it, it's often for no real reason."

According to one industry source, who did not want to be identified, three Middle Eastern sovereign wealth funds are currently searching for investment opportunities in the country, as well as five Asian SWFs.

Compared to, say, Thailand, Indonesia is a forgotten giant, despite being the world's fourth-most populous nation. IHS Global Insight is forecasting growth of 6.1 percent this year and a similar pace in 2014, thanks to buoyant consumer demand and investment spending. Only China, where the Academy of Sciences predicts 8.4 percent growth this year, is advancing at a faster pace in Asia.

"It's exponential growth over the last two years," Alistair Meadows, the director of the international capital group in Asia for the brokerage Jones Lang LaSalle said. "If you look at the underlying drivers in terms of population growth, demographics and economic growth, that's attractive for regional players."

Some of the largest Asian property developers have already established businesses in Indonesia that they are now looking to expand. Hong Kong Land and Keppel Land already have joint ventures in the country that are expanding with new projects, and CapitaLand as well as the Singapore-listed REIT operators Ascendas and Mapletree are also already active in Indonesia.

Keppel Land, for example, is developing Jakarta Garden City, a large office and residential project northeast of the capital. It has a joint venture partner but retains control of the project.

"They're not just saying let's get down there and make a quick buck," Todd Lauchlan, Jones Lang's country head, said. "The three- to five-year window guys are getting in here and I'm sure they'll make money. But others are longer term.

"The real-estate economy will probably be double or triple in size over the next three years because the country is urbanizing and the underlying growth of the economy is very strong as well." 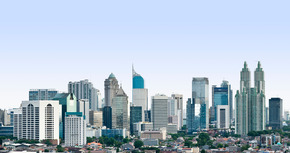 So far, European and U.S. investors have not had any significant presence in the country. That may change now Indonesia's political environment appears calmer, and as institutional investors seek out new investment frontiers.

Through late March, Indonesia's main stock-exchange index, the Jakarta Composite, was up 9.4 percent, the second-highest gain in Asia behind Japan's currency-driven 20 percent advance, and ahead of even the record-setting S&P 500's 9.2 percent gain.

One of the main issues - beyond the typical emerging-market risks of dealing with partners, political instability and currency risk - is the lack of investable stock. JLL says there are only three investment-grade projects scheduled for completion in 2013 and 2014, though there are more projects due the year after that.