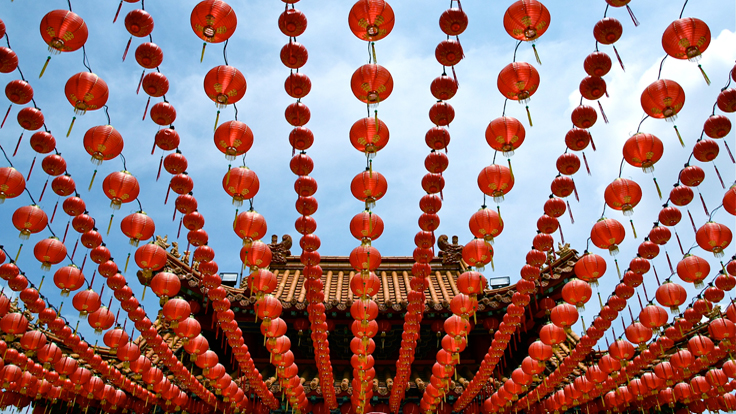 
With China's Communist party preparing for an important meeting due to start on Saturday, many property-market watchers are expecting tougher curbs on real estate sales. Home prices have been moving faster than the government believes is comfortable and, to some eyes, reaching bubble levels.

Property sales have rebounded in 2013, and there's been a run in Chinese property stocks. But the prospect of tighter housing policies has been underestimated, according to Mizuho Securities analyst Alan Jin, who downgraded the China property development sector to neutral at the end of October.

"We think that the government will be forced to take some action to cool down the market," he said in a report.

"For president Xi Jinping, this meeting is the first clear chance to lay out his plans for reform, a topic he says is key to his administration."

Mr. Jin believes the government will toughen existing policies to tamp down demand, rather than introduce sweeping new measures without a coherent long-range policy on housing.

That means higher down payments for homes and more restrictions on financing and mortgage rates for second homes, as well as slower mortgage-loan approvals. It's likely the government will also increase stamp duties and capital-gains taxes, and broaden the criteria for restrictions on people purchasing multiple properties.

There is also a chance China will finally roll out a broader property tax, something that Shanghai and the central Chinese metropolis of Chongqing have already introduced on a trial basis. While smaller cities will likely be spared to encourage investment and growth, a wider property tax for big cities, mainly on the industrialized east coast, will be studied if not implemented at the Communist Party meeting.

Media reports have also suggested that China might introduce an inheritance tax. Although those plans are thought to be only at the discussion stage, it could have a serious impact on housing in China, where many families buy property to pass down to their children.

China's leadership is set to gather for the less-than-catchy sounding third plenary session of the 18th Central Committee of the Communist party of China in Beijing from November 9 to 12. Despite the lumbering name, previous meetings have been vital in outlining government policy, with Deng Xiaoping using one to deepen agricultural reforms and Jiang Zemin using a 1993 meeting to cement reforms that led to China joining the World Trade Organization.

For president Xi Jinping, this meeting is the first clear chance to lay out his plans for reform, a topic he says is key to his administration - and for which he's ready to sacrifice China's economic growth, targeted at 7.5 percent for this year.

Partly as a result of tougher housing rules, Jin at Mizuho expects a 15 to 20 percent decline in the price of Hong Kong-listed developers such as China Overseas Land & Investment, one of the best-known developers of high-end property, Agile Property, KWG Property and Guangzhou R&F Properties.

China's Tier 1 cities - Beijing, Shanghai, Guangzhou and Shenzhen - have seen rapid increases in property prices over the last year, all above 20 percent, according to the National Bureau of Statistics. 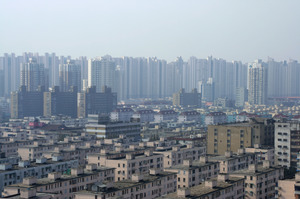 Government figures show average growth of just 8.7 percent over the last year, through September, for the 100 biggest cities in China. But the rate of growth is likely to be higher, particularly in big cities, thanks to a practice of issuing "dual contracts" - one with the purchase price of a property and a second consisting of the "fitting-out cost," which is ignored by the local government. Prices can be made to appear more reasonable by developers shifting more of their cost into the second contract.

Home prices rose 20.2 percent in Guangzhou in September, compared with a year ago, while they were up 20.1 percent in Shenzhen, China's richest city in terms of per capita income, according to the government data. In response, the Guangdong Department of Land and Resources has brought in a ban on land sales that would set new records in terms of price over the next six months.

It's that kind of local action that the central government wants cities to enact on their own. Shenzhen did just that at the start of this month, raising minimum down payments for second homes to 70 percent, up from 60 percent. The down payment is still 30 percent for first-time homebuyers; purchasers cannot get a mortgage on a third property, at all.

Other municipalities have also acted to stop so-called "land king" sales that set new records. Beijing, which leads the nation with home-price gains of 20.6 percent over the last year, and Hangzhou have both called off land auctions that promised to set records.

Beijing's top office location, Finance Street, is now the third-most expensive in the world, at US$137 per square foot per year according to Jones Lang LaSalle data. Only St. James in London and Central in Hong Kong are more costly. Prices in the Chinese capital have been driven up as overseas investment banks and insurance companies compete with Chinese state-owned enterprises and banks.

One overarching problem that the government is struggling to tackle is how important real estate is to the national economy, with property investment making up 15 percent of gross domestic product in the first half of the year. Land sales are also a major driver of local-government budgets, with an audit of China's local-government debt expected to show it stands at least at 15 trillion yuan (US$2.0 trillion) or almost 30 percent of last year's total economic output.

The government would like to encourage consumer spending and other aspects of the economy, and discourage speculation or overinvestment in property. At the same time, the government is seeking to improve social security at the lower ends of the economic scale in China. One idea is to let farmers sell their land directly into the property market, which happens elsewhere around the world. But that would threaten local government income.

Société Générale notes that a "fairly aggressive proposal" calling for liberalizing land sales surfaced a month ago but was quickly rejected by the government. SocGen economist Wei Yao expects there to be a few more local experiments with that kind of system in the near term, potentially out of this meeting, rather than any wholesale reform.

Faced with increasingly tough restrictions at home, Chinese investors have been looking abroad and are now the most influential drivers of new-build property in the world. They are the top purchasers of new residential property in both Sydney and Hong Kong, according to Knight Frank, and are increasingly active in other Asian markets such as Kuala Lumpur and Bangkok, and Western gateway cities such as New York.