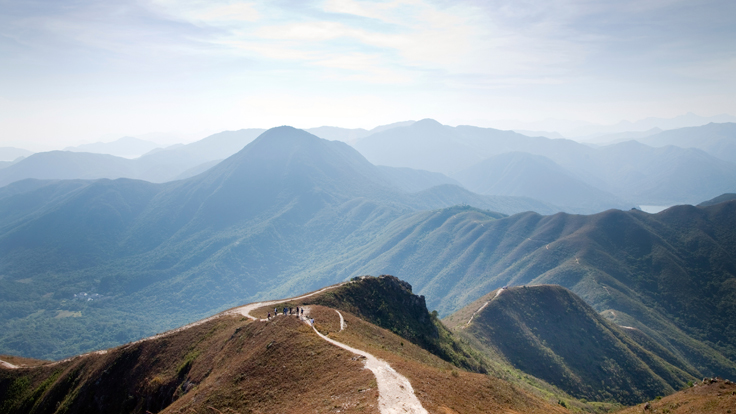 
Hong Kong's country parks, its last pristine spaces, are under attack. With three advisers to the Hong Kong government having advocated the idea of carving into the territory's wild, natural spaces for construction, it is clear their "outbursts" are not impromptu remarks but rather the first salvos in a bid to claim that public opinion supports the idea.

It does not. When the government gazetted the idea of building houses in several delicate parkland sites, 90 percent of the public said they were not in favor of the move. The targets include the secluded beach of Hoi Ha, one of the few places in subtropical Hong Kong where you can find coral.

Many visitors to Hong Kong, particularly those on business, only see the gleaming downtown skyscrapers and crowded streets of the center of town. Movies portray the city as a warren of lanes and neon signs. What most visitors do not realize is that 40 percent of the territory - technically an autonomous part of China - is made up of parkland and wilderness. 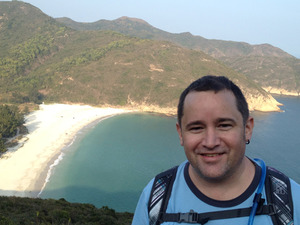 These country parks are the equivalent of national parks, if Hong Kong - which at 426 square miles is 80 percent the size of Rhode Island -- were its own nation. They are home to wild boar, barking deer, macaques, pythons, salamanders and numerous birds, some species found only in Hong Kong.

In the past week, Franklin Lam, a former member of the equivalent of Hong Kong's cabinet, said the parks are ripe for development. Lam, who remains a government adviser on a committee set up to develop Hong Kong's largest island, Lantau, said the country parks there were not popular "since the mountains are really high," and claimed that there are "not even many trees," meaning he wouldn't consider the need for environmental protection "by its impact on one or two patches of grassland."

Hong Kong's highest mountains, Lantau Peak and Sunset Peak, are both on Lantau. The country parks that encompass them and make up 69 percent of the island are highly popular hiking and camping spots, and several hiking and trail running events are held each year that bring international competitors to the city. They have been featured in government advertisement campaigns promoting the city.

Another adviser on the Lantau development committee, Kaizer Lau, said on a radio show this week that Hong Kongers should "never say never" to developing these supposedly sacrosanct parks. When asked where locals should go to relax and get away from the stresses of the city, he said that "Hong Kongers are free to travel to the mainland." Mainland China is notoriously polluted and overdeveloped, and many Hong Kongers resent the influx of mainlanders into the city.

Most worryingly, last September, the city's Secretary for Development, Paul Chan, wrote on his blog that discussion was under way to develop land in the country parks if the supply of land is tight. He later claimed that he was merely quoting views expressed to him, and floating them for the community to think about, rather than conveying the government's official stance, after his comments created a heavy backlash.

The country parks in the rural New Territories have also come under attack, with several targeted for the development of the three-story houses known as village houses. Every male descendant who can trace his lineage to the original clans who lived in Hong Kong at the time of its colonization by the British is entitled to build one of the 2,100-square-foot homes in his lifetime. Many are instantly sold on to other Hong Kongers at great profit, and there is a drastic shortage of sites, with more than 200,000 eligible Hong Kongers waiting for a plot. 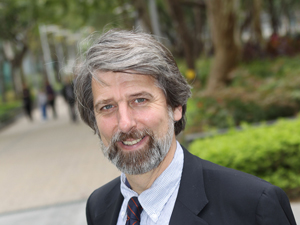 Paul Zimmerman, a district councilor in the city and the CEO of urban-planning group Designing Hong Kong, agrees that there is a gradual but increasing push to carve out portions of the country parks for "New Towns," large-scale high-rise urban clusters made up both of public and private housing. That, he says, is tantamount to saying that the country parks are just empty land to be used as a resource for development.

Hong Kong is one of the most densely populated cities in the world, with about 23,000 people per square mile in its most crowded district, Kwun Tong. With no space to spare on the Kowloon peninsula and the north shore of Hong Kong island, the territory has built its urban planning strategy around the establishment of New Towns, a concept launched as a wave of refugees arrived in the city after the Communist Party took over China in 1949.
There is a drastic need for new sites for development. But the government has not exhausted its options of converting industrial space, little used now as Hong Kong's industry has moved across the border, as well as government land and disused government buildings for that purpose. Hong Kong's construction companies are also experts at knocking down small buildings and building high-rise blocks in their place.

Once the parks are chipped away around the edges, at sites near roads, railways or existing towns, the beginning of the end will have begun for the city's last wild areas and "green lungs." The views of these advisers are being conveyed to the city's leader, Chief Executive C.Y. Leung, who is by trade a real-estate surveyor and likely to support construction in the parks, particularly if he can say he has been advised that it is a good idea or a necessity.

Hong Kong's wonderful hiking has been profiled in publications such as The New York Times and Financial Times. The city has a high-profile hiking race, the Trailwalker, that brings teams from around the world. The 100-kilometer race, originally a training exercise for the Gurkha troops serving with the British Forces, raises much needed funding for the charity Oxfam and is an event now emulated in 15 overseas locations, from New Zealand and Australia through India to Spain, Belgium and Britain.

They raise the city's profile and attractiveness, set it aside from the mainland, and are the last refuge of Hong Kongers seeking open space and a taste of the wild. It would be foolish, short-sighted and downright selfish to take the "easy out" and turn them into billion-dollar building lots for the city's powerful developers.