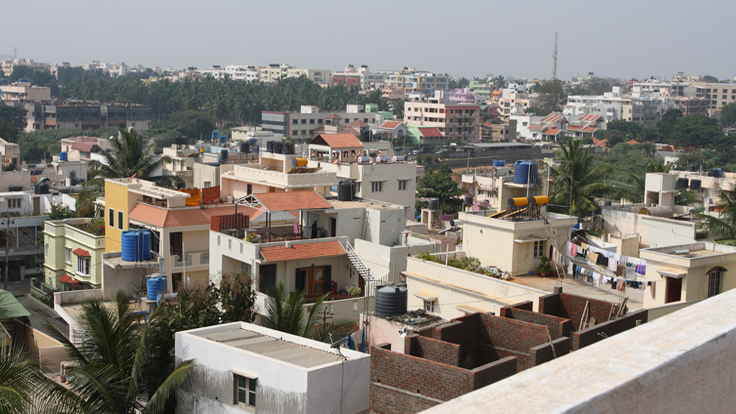 
Policy changes in India are expected to give a much-needed boost to construction of affordable homes in the country.

India's central bank, the Reserve Bank of India, this week relaxed its rules on foreign currency loans for developers of low-cost housing, creating cheaper loans for builders of more affordable homes. High interest rates in India mean that funds from abroad can be secured at cheaper rates.

India has a severe shortage of affordable housing, which often forces the country's poor into illegally built, often precarious structures. High borrowing and land costs in cities such as Mumbai mean that developers often focus on the luxury end of the property market.

"The easing of fund-raising norms through the external commercial borrowings route will lead to developers focusing on low-cost housing projects," according to a report by Crisil Research.

Crisil estimates that the cost of funding for developers will drop to between 9 to 11 percent compared to current levels of about 15 to 20 percent.

"In addition to the cost of funds, since the criteria of past experience has been relaxed, relatively less-experienced developers will also benefit as it will enable them to launch new projects in the affordable housing segment," Crisil wrote in the report. "Likewise, home buyers will benefit with a reduction in interest rates."

Access to "external commercial borrowings," or foreign loans, was first opened up for the low-cost housing sector last year. The Reserve Bank of India announced this week that it was extending the scheme, with a limit of $1 billion in both this financial year and next. It defines low-cost housing as consisting of individual units costing not more than 3 million rupees. The loan amount should not exceed 2.5 million rupees, it said.

Under modifications by the Reserve Bank of India, developers now need a minimum of three years of experience building residential projects to raise money through foreign currency loans. Previously, five years experience was required. The central bank added that the developers "should have good track record in terms of quality and delivery."

The Reserve Bank of India also said it was removing the condition for a minimum paid-up capital of 500 million rupees for housing finance companies.

But with the Indian rupee having slumped in recent weeks, some of the benefits could be limited, given that the foreign currency has to be swapped for rupees.

"We are evaluating the benefits of raising funds through the external commercial borrowings route versus funds raised from domestic sources," Brotin Banerjee, the managing director and chief executive of Tata Housing Development, told the business newspaper Mint.

"However, in current market conditions, we feel the pricing difference between the two is not much."