Some of the luxury property markets hardest hit by the economic collapse posted the largest price increases in the world in 2012, according to Knight Frank's annual wealth report.

Jakarta posted the largest price gains in the world, with the price of a luxury home increasing by 38.1 percent in 2012, compared to 2011. Bali luxury home prices grew by 20 percent, Knight Frank reports.

"Jakarta benefited from continued strong GDP growth, which has stood at or above 6 percent for five out of the past six years and, in particular, from rapid growth in middle-class wealth," Knight Frank found.

But the return of the downtrodden markets was the report's most dramatic news. 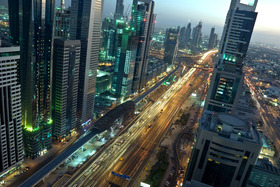 Dubai was "the epitome of the global downturn," with prices falling 60 percent from 2006 to 2011, Knight Frank notes. The city's luxury home market has rebounded thanks to increased demand, lower prices and "its location as a strategic hub, able to attract wealth from the Middle East, North Africa, the Indian subcontinent and central Asia," according to the report.


Miami continued to benefit as a "safe haven" market, along with London and New York.

"Russians, long an important driver of the London market, became a growing force in both New York and Miami, alongside ever-rising demand from Latin America," Knight Frank found.

"The search for safe haven investments has continued to propel prices higher in key global cities; some of the markets worst hit by the global financial crisis appear at long last to be recovering; and the impact of growing global wealth flows has kept governments busy in their attempts to limit price growth and deflate nascent real-estate bubbles before they explode"


Prices in several key Asian markets continued to grow, despite government efforts to dampen the market. Hong Kong's 8.7 percent increase  in 2012, compared to a 4.6 percent increase in 2011.

Monaco continued as the most expensive market in the world, with prices ranging between $5,350 and $5,920 a square foot. Hong Kong was second with prices between $4,570 and $5,050 a square foot, followed by London, Geneva and Paris.