Malaysia has led the way in terms of salary growth for property professionals in the last year, according to a new report. But average salaries across Asia declined 3.4 percent in 2013, leaving them standing at US$96,087 per year.

The main cause of the decrease was a drop in some of the highest-paying positions, from people in posts such as executive director, managing director, chief financial officer or chief operating officer. Their salaries dropped by one-fifth to US$185,000, down from US$235,344.

Those lower down the totem pole fared much better - in all, 56 percent of respondents said they got a raise last year. But overall, people got lower bonuses than last year (an average of US$25,693, down 11 percent), and fewer people (32 percent, down from 46 percent) got them.

Including salary, bonuses and other sweeteners, the average take-home pay for a real-estate professional across Asia was US$140,874. That was also down slightly from last year, with a decent decline in the additional sweeteners - housing allowance, options etc. - as well as the fall in salaries.

Interestingly, respondents say that to make it to the top positions in a company, it is the right attitude and excellent communication skills that are the most important factors. Professional qualifications ranked way down the line, as did the qualities of being a self-starter or ability to work independently.

China has the highest-paying jobs in the region, at an average base salary of US$138,400, a reflection of the difficulty of operating in a relatively opaque industry, and in a place where the ability to speak Putonghua, otherwise known as Mandarin Chinese, is essential.

It was the very lowest level of employee that saw the greatest increase, with the salaries of trainees, new graduates and associates up 19 percent to US$22,959, according to the study, carried out by the Royal Institution of Chartered Surveyors and the real-estate recruitment company Macdonald & Co.

Since lower level employees saw the greatest advances in remuneration, it's fitting that Malaysia, with the lowest salaries out of the countries polled (mainland China, Hong Kong, Singapore and Malaysia), outperformed. 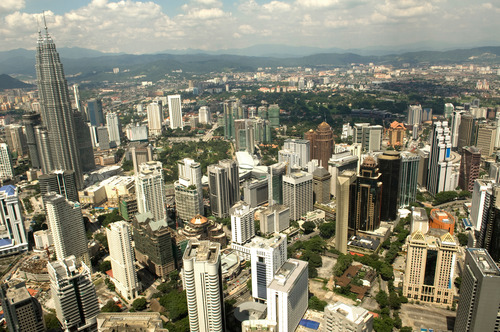 But the economy in commodities-driven Malaysia has also been faring well at a time China's economy advance is slowing, and both Hong Kong and Singapore have introduced property restrictions that discourage purchases by non-local buyers. Not surprisingly, salaries in both Hong Kong and Singapore fell, with brokers complaining in both locations that the government has slowed the local property market to a crawl that it makes it hard for any of them to keep their business afloat.

Job turnover is rapid in the Asian real-estate industry, with 62 percent of the respondents to the survey saying they are "fairly likely" or "very likely" to change jobs in the next year. Employers in cities such as Hong Kong and Singapore say that the rate of "churn" and the ability to find suitably qualified candidates for job openings are some of the most drastic challenges for companies.

Salary is the most important factor for employees, while health insurance is the most popular benefit. It was also a big plus to have a five-day working week - six days used to be standard in most parts of Asia until multinational companies started offering two-day weekends - and also to provide people with a mobile phone and service.

A total of 1,525 Asian real estate professionals from across Asia took part in the survey in November 2013 and January 2014. In all, 30 percent said they had more than 21 years of experience in the industry. Almost half (46 percent) are ranked as managers or associates of their company.